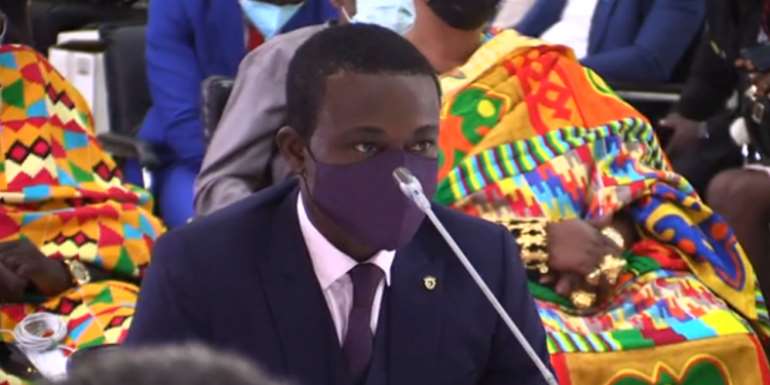 Special Prosecutor nominee, Kissi Agyebeng says he has no intentions of resorting to the strategies of his predecessor, Martin Amidu in fighting corruption in Ghana.

Mr. Agyebeng, during his vetting in Parliament on Thursday, July 22, 2021, said he intends to rely on his own experiences and professional training to effectively deliver on his mandate as a Special Prosecutor.

Kissi Agyebeng said this in response to a question posed by the Minority Leader, Haruna Iddrisu, who sought to find out how prepared he was in filling the “heavy shoes of Martin Alamisi Amidu given his enormous experience and background.

Responding to Mr. Iddrisu’s question, Mr. Agyebeng said: “There was a reference to filling the heavy shoes of a named individual [Martin Amidu], but I will prefer to wear my own shoes in the sense that, I'm my own man, and I am coming with my own experiences and professional training. In this quest, my conscience and learning of the law are going to be my guide – Kissi Agyebeng, Special Prosecutor nominee.”

On fighting corruption, Mr. Agyebeng said he will rather focus on making it difficult to engage in the canker than placing emphasis on stopping it.