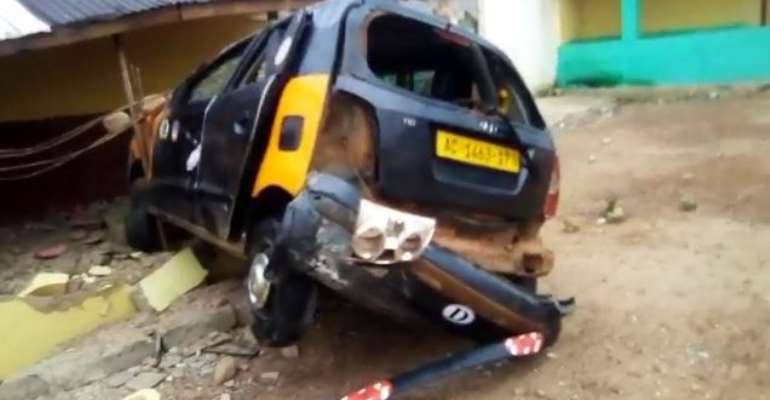 A man believed to be in his 40s has been killed after a car run into a Palace at Ajumako Eduyaw in the Ajumako Enyan Essiam District of the Central Region on Wednesday.

An eyewitness said the speeding driver of the taxicab from Ajumako Assasan upon reaching Eduyaw rammed into the palace after he lost control and destroyed the building in the process.

Those injured are receiving treatment at Ajumako Government Hospital.

The body of the deceased has been deposited at the mortuary for preservation.