Is India counting all its Covid-19 deaths? 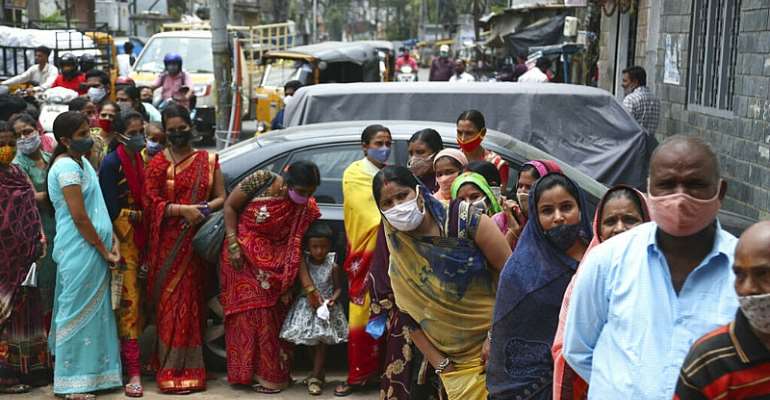 A study has found that India's coronavirus death toll is 10 times higher than the figure reported by authorities.

The official toll is just over 414,000.
"True deaths are likely to be in the several millions, not the hundreds of thousands, making this arguably India's worst human tragedy since partition and Independence,” the researchers said.

The research used death registrations from seven of India's most populous states, estimates of age-specific fatality rates as well as a consumer survey of 868,000 individuals, which recorded family member deaths in the past four months.

Epidemiologists and virologists have long maintained that India's official count does not tell the full story. Poor data quality has been a major barrier to tracking deaths during second wave that swamped the country in April and May.

Several states such as Bihar, Uttar Pradesh and Madhya Pradesh revised their death estimates, especially in the cases of those who died outside of hospitals, under home quarantine, or had suffered post-Covid complications.

"Because death registration is poor in India, the government has little data to respond to the impact of Covid-19 on large sections of the population who live in rural areas," virologist Jacob John told RFI.

Scientists also say India has always had a poor and delayed infrastructure for reporting of deaths and certifying the case of deaths in general, particularly in rural areas.

Critical differences continue to remain between of registration of deaths with poor availability of reporting by age and sex across states.

“We know there are low testing rates outside big cities. Therefore, the actual caseload, and deaths, could be anything from 10 to 30 times higher," Vikas Bajpai of the Progressive Medicos and Scientists Forum told RFI.

The Health Ministry called such reports “conjecture and speculation" without any substantial basis.

"Attributing any death to Covid-19 without any basis than based on empirical data is fallacious and such inferences are mere figments of imagination," the ministry said.

India's government insisted it had a robust system of Covid-19 data management and recording virus-related deaths.