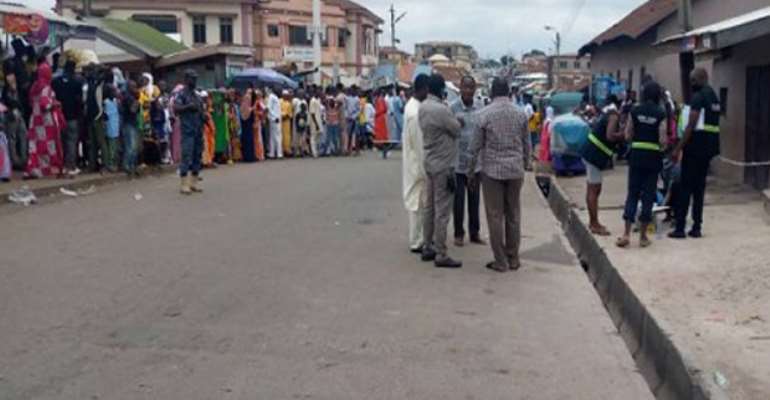 The residents of Aboabo No. 2 and others in Kumasi could have had a better Eid-Ul-Adha celebration but for the avoidable fatality occasioned by the reckless handling of a firearm by some young persons on Sallah day.

The sad incident in Kumasi in which 16-year-old Abdul-Gafar Kassim los this life gruesomely at the hands of a colleague underscores yet again the fallouts from illicit ownership of firearms.

Had the arrangements put in place to check the proliferation being effective, perhaps, the teenager would have been alive today.

Even more worrying is the fact that the source of the trigger pulling is yet to be apprehended. It is our wish that residents in the area where the shooting took place would cooperate with the police to smoke out the suspect.

It cannot be acceptable that the suspect would vanish into thin air without somebody in the neighbourhood knowing his location.

The indication that many young men in the neighbourhood where the shooting took place are armed cannot be dismissed. Don't residents in such a place know about the existence of illicit weapons? Of course they do but not seeing anything wrong with such possession they are not doing anything to reverse the situation.

For the umpteenth time we shall express concern about the irresponsibility of some adults towards the security of this country.

When the youth start dabbling in firearms to the extent of testing these on each other as some speculations about the Kumasi incident suggest there is cause for concern and rightly so.

We might not know the number of firearms in wrong hands across the country but the fact that they are many is a fact nobody would dispute.

The number of persons who have lost their lives as a result of illicit ownership and use of firearms in the country is still rising and the status quo must be changed by all means.

How many more persons do we want dead before taking drastic actions to arrest the situation the current statistics already overwhelming?

With restive Burkina Faso next-door we must all resolve to take action and soonest by cooperating with the law enforcement agency.

Considering the fact that the killer weapon is a locally manufactured one, it is our position that the gunsmiths scattered across the country should be identified and contacted towards addressing the critical security issue.

We must change the narrative about the illicit arms story in the country and to achieve this there is the need to adopt novel approaches.