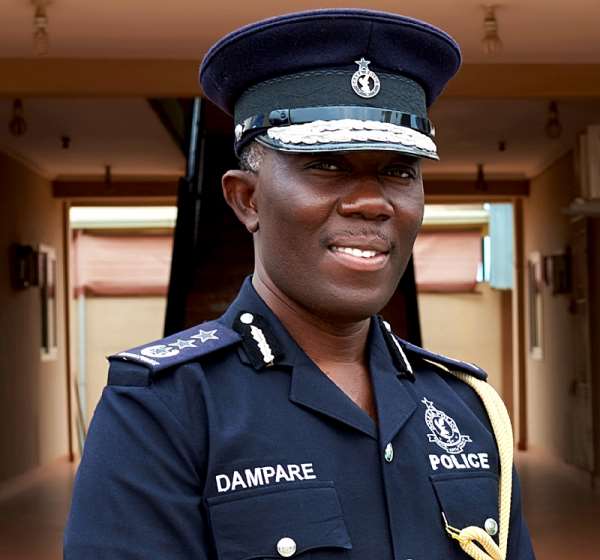 The experienced officer is replacing Mr. James Oppong Boanuh who has been the head of the Ghana Police Service since August 14, 2019.

After serving for close to two years, Mr. Boanuh has been relieved of his duties.

Mr. George A. Dampare takes over having last served as the Director-General (Operations) of the Service.

He joined the force as a constable and has since worked his way up the ladder with over three decades of service to the country.

More about the new IGP:

COP Dr. George Akuffo Dampare has been in the Ghana Police Service for 27 years. He joined the service as a Constable and has risen through the ranks to the high rank of Commissioner of Police, becoming one of the youngest Police Officers to have attained this in recent years.

Currently holding a PHD in Finance, COP Dampare became a chartered accountant at the age of 25 while serving as a Police Constable about two decades ago. He is passionate about sharing the word of God and he continues to propagate the gospel everywhere he goes.

He is married to his lovely wife Anita and has six children.