TB prevention has relied on the same vaccine for 100 years. It's time for innovation

By Bavesh Kana - The Conversation 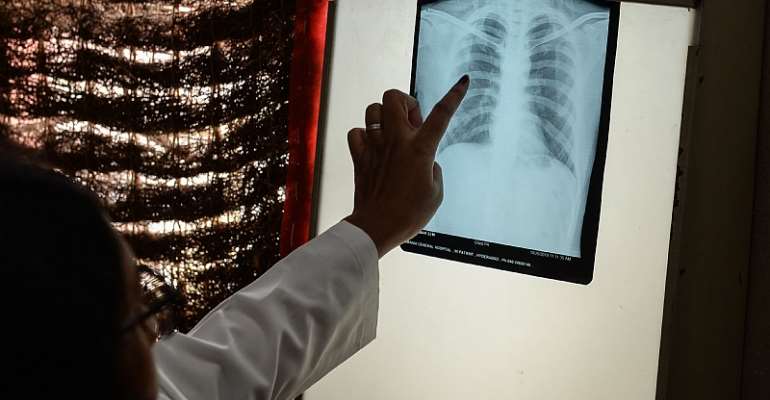 BCG has been used all over the world to protect against the development of TB. - Source: Noah Seelam/AFP via Getty Images

TB is one of the oldest infectious diseases in recorded history . Most of the people who are ill with TB live in low- and middle-income countries where this disease is one of the leading causes of death . This is particularly distressing given the fact that TB is preventable, treatable and curable. But there's currently only one vaccine approved against TB. And it is 100 years old. The first dose of the Bacille Calmette-Guérin (BCG) vaccine was administered on July 18 1921. The Conversation Africa's Ina Skosana poses key questions to Bavesh Kana, one of South Africa's leading TB researchers.

It's been 100 years since the BCG vaccine was first used to vaccinate against TB. Why haven't there been any breakthroughs since then?

The BCG vaccine was developed from a strain of bacteria referred to as Mycobacterium bovis. These organisms closely resemble the bacteria that cause tuberculosis disease in people (Mycobacterium tuberculosis) and are usually found in animals that have tuberculosis-type disease.

The vaccine was generated over a period of 13 years (roughly from 1908 to 1921) by two French scientists, Albert Calmette and Camille Guérin, hence the name – Bacillus Calmette-Guérin.

At the time, they couldn't have known that it would become one of the most widely administered vaccines in human history. BCG has been used all over the world to protect against the development of TB. However, because TB has primarily been a disease of the poor , there has been insufficient investment in the development of new vaccines over the past century.

Currently, BCG remains the only widely available vaccine for TB. This is sad, as the rapid mobilisation to develop a COVID-19 vaccine over the last year has demonstrated that the world has the capacity to rapidly create vaccines. Yet a new TB vaccine has languished for decades because of poor funding, insufficient resources and diminished political will. Millions have died, something I believe that we now appreciate with a new urgency in the context of COVID-19.

Vaccine innovation is needed for TB because the protection provided by the existing vaccine wears off over time, and it's not completely effective in adults.

Developing vaccines and treatment is an incredibly costly undertaking. Conducting multi-centre clinical trials to demonstrate safety and efficacy in different populations over a period of years can cost billions. This requires concerted investment through partnerships with all stakeholders including the governments of TB endemic countries.

How effective is the vaccine?

BCG is usually administered only in infants, immediately after birth, in countries that have a high incidence of TB. The vaccine then produces an early immune response that has been demonstrated to protect children against severe forms of TB. In particular, BCG protects very well against the development of disseminated forms of TB. Usually TB occurs in the lungs, but the bacteria can also be found in other parts of the body – this is called dissemination. In children, the bacteria can be found in the brain – this is called TB meningitis. The BCG vaccine is very effective at protecting against TB meningitis and is a great example of how vaccines can be of huge benefit.

Read more: TB doesn't only attack the lungs -- other organs are also vulnerable

However, this immunity usually wanes in adolescence and thereafter. Protection by BCG in adults is highly variable – ranging from 0% to 80% depending on the country and environment. The reasons for this remain a mystery and much effort has been placed recently in developing biomarkers that will identify which new vaccines will eventually yield long-lasting immunity. Biomarkers are signals that one can pick up in blood or other clinical specimens that give a predictive sense of whether a vaccine is going to work. If a certain set of signals in blood predicts good protection, we can check if a new vaccine also induces the same set of signals.

How close are we to a new TB vaccine? What are some of the promising developments?

We still have some way to go. Recently, there have been two promising developments.

The first is a study that demonstrates that re-vaccination with BCG does indeed provide protection against TB disease. This is exciting as BCG is an approved vaccine and if this approach demonstrates sustained durable protection, rolling out mass vaccination campaigns will be easier than starting with a novel vaccine.

The second comes from a study that demonstrates a new vaccine from GSK (M72/AS01E) gave good protection in a clinical trial setting. In 2020, this vaccine was licensed to the Bill & Melinda Gates Medical Research Institute for continued development.

By Bavesh Kana, Head of the Centre of Excellence for Biomedical TB Research, University of the Witwatersrand

Our members are dying, pay us – Contractors lament
20 minutes ago