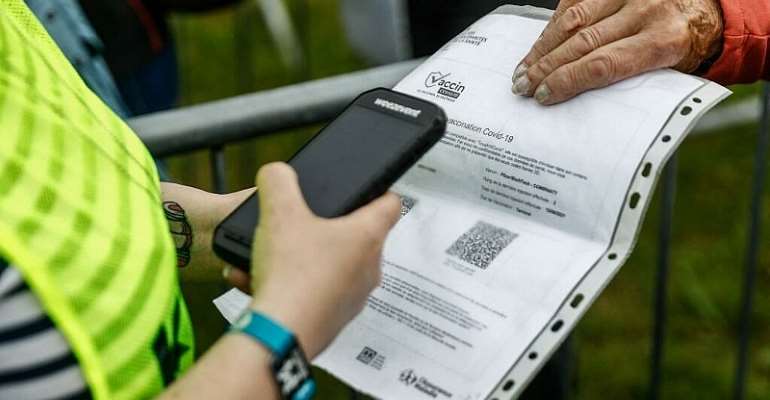 France's rights ombudsman Claire Hédon has warned of the risks to freedoms associated with the extension of the health pass. Hédon published the warning on Tuesday 20th of July,

The office of the Rights Ombudsman (Défenseur des droits)  Defender is an independent institution of the State. Created in 2011 and enshrined in the Constitution, it has been entrusted with two missions: to defend people whose rights are not respected; to enable equal access to rights for all.

Several points are problematic according to Hédon who questions "both the method and the proportionality of most of the provisions and restrictions in the text".

She cites the example of employment and the risk of discrimination. The dismissal of an employee who does not have a health pass could be a disproportionate measure, she wrote.

According to Hédon the health pass in transport and, in certain places, access to goods and services also presents limitations on freedom of movement.

She agrees  with the Council of State, the country's highest court, which raised concerns about applying the health pass for entry to shopping malls as this could limit access to essential products, especially food.

The end result is the control of one part of the population by another when in fact this control should be the responsibility of public authorities.

The health pass would give restaurant owners, cinema and museum employees, for example, "police power" over one part of the population, notably those that have not been vaccinated.

Hédon explains that there is a risk of a shift towards a society of general social surveillance, and as it stands, this bill would contribute to this.

Another point of concern is the extension of isolation measures.

"It is a concern that these provisions, combined with the possibility of charging for tests, will have the effect of discouraging people from being tested and will slow down the policy of mass screening, thus encouraging the circulation of the virus," writes Hédon.

She also regrets that the legislative text is subject to an accelerated procedure, which limits the democratic debate, even though the bill would have a real effect on the rights and freedoms of the people

"I recognise the importance of vaccination and indeed we must react quickly, but that should not limit the  amount of time for democratic debate, she told FranceInfo.

"It is also essential that the general population accepts it in and thatr it avoids  one group of  people turning against another."

The bill on the health pass extension is to be debated in the National Assembly on Wednesday and Thursday, then in the Senate on Friday.