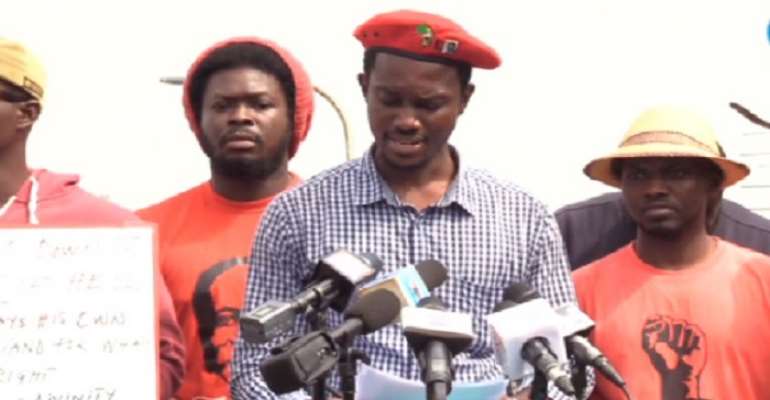 The Economic Fighters League has made a generous cash donation of GHS11,120 to the families of the three persons killed in the recent unrest in Ejura-Sekyedumase in the Ashanti Region.

Last month, a social media activist, Ibrahim Mohammed, popularly known as Macho Kaaka died after he was mobbed by unknown assailants close to his house.

Subsequently, a protest by the youth after his death resulted in shots from military officers leaving two people dead and several others injured.

In a bid to support the families of the affected persons, the Economic Fighters League has managed to raise a sum of GHS11,120.

The group has shared the cash among the families.

Commander-in-Chief of the group, Ernesto Yeboah, led a four-man delegation to Ejura where GHS6,000 has been given to Kaaka’s family.

The wife of the deceased, Sahada Nuhu, and her children received GHS5,000 while his mother was given GHS1,000.

Meanwhile, the remaining GHS5,120 has been shred to families of the two people that died at the protest and those that sustained the injuries.

According to Ernesto Yeboah, the families of the deceased should be proud of the bravery they showed to stand up against suppression and the rotten system that is seemingly resulting in “unconstitutional” and “brutal” murders.

He stressed that the Economic Fighters League and fellow conveners of the #FixTheCountry movement have no faith in the committee commissioned to inquire into the circumstances that led to the killings in Ejura following the June 28 protests against Kaaka’s murder.

Mr. Ernesto said there are advanced plans to petition the UN Human Rights Council, the Commission on Human Rights and Administrative Justice, and other bodies to do independent investigations to unravel the truth and bring the perpetrators to book.