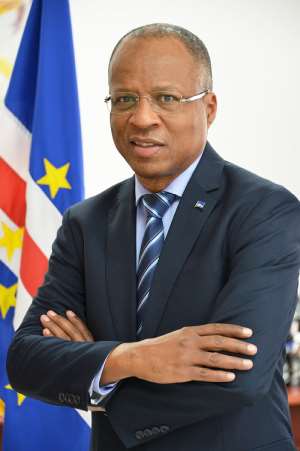 Cape Verde's prime minister, Dr Ulisses Correia made the pronouncement that Cape Verde's economy fortunes is looking dire. According to the nation's de facto leader, the nation's current dire economic situation is the worst in the nation’s 46 years’ history.

He lamented “ever since Cape Verde's independence, the country has never been faced with an economic, social, financial and budgetary situation of the magnitude we are facing today."

Despite the downturn in Cape Verde's economic prospects, the nation's de facto leader, Dr Olavo Correia has been criticised for getting his priories misplaced.

Critics have bemoaned that the Cape Verdean government's resources has been pulled to fight the legal conundrum involving the estranged Venezuelan diplomat, Alex Saab.

This follows failed attempts by the Cape Verdean government to extradite the diplomat to the U.S which has been overruled as illegal by the Court of Justice of the Economic Community of West African States (ECOWAS).

Though, the country’s finance ministry has downplayed the economic woes of the country by attributing it to the adverse effects of the global pandemic, Covid-19 but, the leftists in the country disagree with the assertion indicating that the poor actions of the nation's leader is a high contributing factor.

Many in the country believe that the actions by the Cape Verdean prime minister and his entourage in their efforts to satisfy the United States government's stance to prosecute Alex Saab in a legal conundrum is gradually destroying the justice and integrity of Cape Verde.

It would be recalled that in June 2020, Mr Alex Saab, a Venezuelan diplomat to the Africa Union was arrested at the West Africa archipelago country’s airport at the request of the United States Government over alleged financial crimes.

In response, the Venezuelan government accused U.S officials of diminishing the authority of the Nicolas Maduro-led administration by targeting the diplomat indicating that Mr. Saab was on a humanitarian mission to Tehran, Iran.

The development attracted legal and diplomatic tussles between the two countries, with Cape Verde at the centre of it fuelling the tension.

The issue was tried at the Court of Justice of the Economic Community of West African States (ECOWAS) where a ruling in March 2021 by Judge Rapporteur Justice Januaria Costa unanimously declared the arrest as illegal thereby terminating any chances of instigating extradition of the Venezuelan diplomat to the U.S.

These actions by Cape Verde, a member of the ECOWAS defied three binding decisions of the ECOWAS Court which has generated critisms by 14 Members States at last month’s ECOWAS summit held in Ghana.

Cape Verde’s lawyer, Henrique Borges, wanted a review of the judgment on the grounds that the ECOWAS court lacked jurisdiction to hear Mr Saab’s case.

But the appeal was dismissed by the ECOWAS Court in June 2021 thereby ordering Cape Verde to halt Saab’s extradition by the United Nations Human Rights Committee, Geneva, while it investigates allegations of human rights abuses involving torture and denial to specialist health care which Mr Saab, a cancer patient, has been denied for over a year.

With a leader whose priorities are clearly misplaced, it is of no surprise the nation economic growth is on a slow pace as evidenced by 14.8% contraction in the first quarter of 2020.

Why then is Ulisses Correia betting the welfare of the people of Cape Verde on a stud that he seems hard to tame?