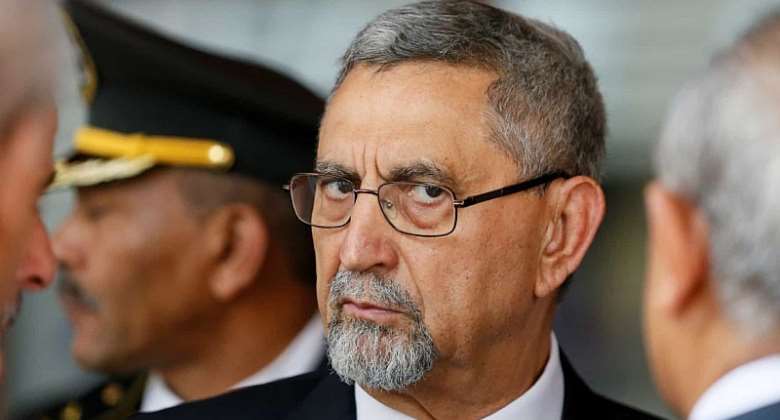 Alex Saab, who is also Venezuela’s Deputy Ambassador to the African Union was arrested and detained on 12th June 2020 on intelligence from the United States. The ECOWAS Court of Justice, in a unanimous decision, carried out by Judge Rapporteur Justice Januaria Costa (a senior Cape Verde jurist and the country’s former Minister of Justice) on 15 March, 2021 ruled that Saab’s arrest and detention were unlawful and not grounded in Cape Verde Laws, hence he should be released right away and that the repatriation process to the United States be terminated. This has had a toll on Cape Verde’s political and economic landscape.

In a brief, the deputy minister of the Republic of Cape Verde, Dr. Correia has attested to the fact that Cape Verde’s economy is crumbling and may soon fall as the country undergoes through its biggest economic, financial and budgetary calamity since independence in 1975. He further opined that, “ever since Cape Verde's independence, the country has never been faced with an economic, social, financial and budgetary situation of the magnitude we are facing today."

But Ulisses Correia, the Prime minister of Cape Verde, despite all the economic crisis, looks on unabated and has rather chosen to give his attention, focus and energy into ensuring that Venezuelan Diplomat, Alex Saab, whose fundamental human rights have been violated, is still in unlawful detention in Cape Verde is extradited to the United States.

Ever since Cape Verde was hit by the global Covid-19 pandemic, its finance minister has always wanted to quickly apportion the economic crisis to the global pandemic, but other figures clearly show that the economy was already in shambles, hugely caused by the prime minister who is focused on geopolitics than of national interest.

The United States continues to track and trail the Venezuelan diplomat Alex Saab, the Prime Minister and the Minister of the Interior, have also torn down the good name of Cape Verde at the sub-regional and global level.

Cape Verde so far has flouted three important legal binding decisions of the ECOWAS Court due to the actions of Ulisses Correia and his Interior Minister resulting in the condemnation from leaders of the other 14 member states at the recently held Heads of State meeting in Ghana.

Currently, the United Nations Human Rights Committee, Geneva, has also instructed Cape Verde to stop the repatriation of Saab to the United States pending investigations into the allegations of being refused access to specialists as a cancer patient for over a year and being tormented.

Cape Verde’s economy has shrunk by 14.8 percent in 2020 and unfortunately, the prime minister seems not ready to help bring back the deteriorating economy to its feet, rather concentrated on doing the biddings of the United States.

The question on the lips of many now is why will Ulisses Correia engage in sensitive matters which has brought huge embarrassment to Cape Verde?