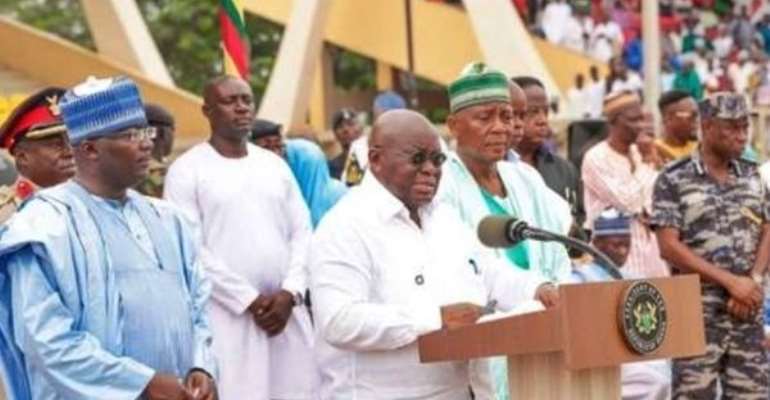 President Nana Akufo-Addo on Tuesday, 20 July 2021 joined the National Chief Imam Dr Sheikh Osman Nuhu Sharubutu and the Muslim community in the country at the national mosque in Kanda, Accra, to celebrate Eid-al-Adha.

Eid al-Adha is a festival of sacrifice.

It is one of the two official holidays celebrated within Islam