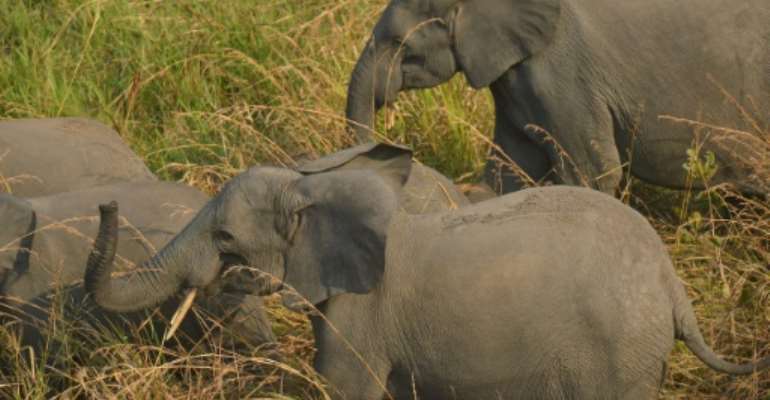 Salonga is home to forest elephants as well as bonobo apes, Congo peacocks and slender-snouted crocodiles. By TONY KARUMBA (AFP/File)

The Democratic Republic of Congo scored a key heritage victory on Monday as UNESCO removed one of its nature reserves from a list of threatened sites, the UN agency said.

The World Heritage Committee cited "improvements towards its conservation state" in its decision, according to a statement Monday.

"Regular monitoring of the wild fauna shows that the bonobo (ape) populations remain stable within the territory despite past pressure, and that the forest elephant population is starting to come back," the statement said.

Salonga is Africa's largest protected rainforest and home to 40 percent of the Earth's bonobo apes, along with several other endangered species.

It was created in 1970 by then dictator Mobutu Sese Seko and had been on the endangered list since 1984.

The park is also home to slender-snouted crocodiles and Congo peacocks.