Ghana's style of democracy has recently shown cracks. Here's how to fix it 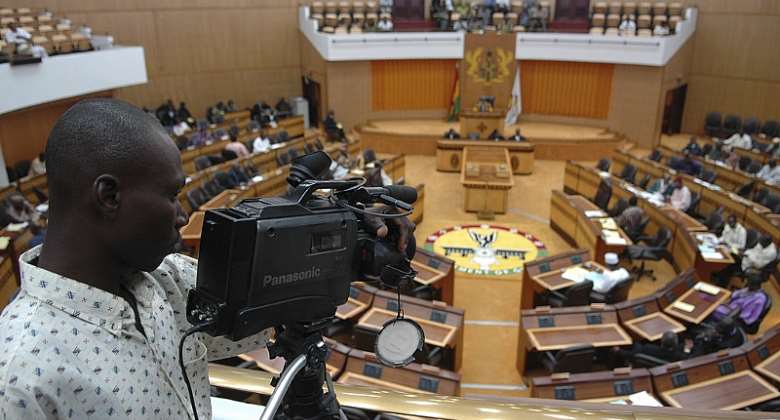 The full benefits of a majoritarian democracy are undermined by a winner takes all approach - Source:

The sight of soldiers in Ghana's parliament on January 7, 2021 was a first for the country. What brought the institution to this point – now the subject of an inquiry – was a scuffle between parliamentarians from the governing party and the opposition, over the election of a Speaker and two deputies. In the end, an opposition candidate was – for the first time – elected as Speaker.

I have studied several conflict and resolution situations in Ghana. And in my view, what happened in parliament was a perfect example of the shortcomings of the existing system of democracy in the country.

Ghana's democracy takes the western majoritarian form , in which the majority side is “always right”. It gives governments a freer hand to enact the policies on which they campaigned. But critics say it distorts outcomes by favouring strong parties and under-representing weaker ones.

In consensus-based democracies , in contrast, voting is not necessarily used to determine an issue, settle controversies or reach an agreement. Elections still determine the formation of the government. But factions build consensus and reach agreements amenable to both sides. The minority accepts the agreement not because it takes that particular position but because of the need for maintaining and building relations. The Dutch system is a very clear example.

My view as a scholar of peace studies is that Ghana should focus on consensus building as the accepted system. This is because accommodation and pacification, coalitions and compromises fit the political make-up better. Leadership is more moderate in consensus democracy than it is in pendulum democracy, where power can swing from one side to another.

Democracy worldwide, especially Western-style democracy, has come under intense scrutiny. In the USA, Europe, Latin America, Asia and Africa, democracies are struggling to deal with the growth of far right groups, democratic dictatorship, suppression and disregard for democratic institutions. There is also an increasing use of violence against minorities, opposition figures and the media.

Examples are the rise of Donald Trump and far right groups in the USA; the behaviour of Viktor Orban of Hungary and the rise of the far right in Europe; and Jair Bolsonaro and his far-right views in Brazil. We have also seen the rise of democratic dictators in parts of Africa ( Senegal , Cameroon , Equatorial Guinea , Rwanda and Uganda ) who are changing term limits for the president. All these examples seem to depict Western majoritarian democracy in crisis.

Many democracies, whether conservative or liberal, show signs of growing intolerance and the reduced use of consensus in reaching agreements or settling disputes. People tend to use so-called democratic tenets to justify their actions even if logical reasoning dictates the use of a human face and consensus to deal with some situations.

Consensus-based democracy does not mean western-majoritarian style democracy is not good. It simply means building understanding, tolerance, acceptance and incorporation of minority views into policies and decisions. It means compromises and managing controversial issues until an agreement is reached.

The 2020 Ghanaian election , for example, revealed a conspicuous lack of resolve to build consensus. Instead it stuck to formal and rigid democratic principles. The Electoral Commission's failure to use consensus was reflected in its frosty relationship with key members of its Inter-Party Advisory Committee . This committee, made up of all political parties, has guided the progress of elections for over 20 years. But the partnership was strained in the build-up to the 2020 election after the commission and the largest opposition party fell out. The fallout led to the hostile reception of election results, and from there to the scuffle in parliament.

A consensus based approach would have resulted in a far more peaceful acceptance of the election results and avoided the chaotic scenes in parliament.

African leaders have under the guise of democracy entrenched themselves in power and silenced opposition figures' voices. After many years of democratic experiments, citizens are yet to see the dividends of democratic rule because they do not feel involved in sharing the national cake. The African Union and regional bodies need sober reflection on Africa's democratic experiments. They must look forward to a type of democracy that is more inclusive, consensual and participatory to ensure peace on the continent.

Consensus democracy as the definitive system of governance is the way to go. Elections are good, especially when a large majority has to decide an issue, such as choosing a president and parliamentarians. But there is a need to use consensus to agree on some issues, including the rules of voting. Consensus-based democracy, unlike western majoritarian rule, allows for agreements based on healthy debates and genuine compromises.

Kaderi Noagah Bukari does not work for, consult, own shares in or receive funding from any company or organisation that would benefit from this article, and has disclosed no relevant affiliations beyond their academic appointment.