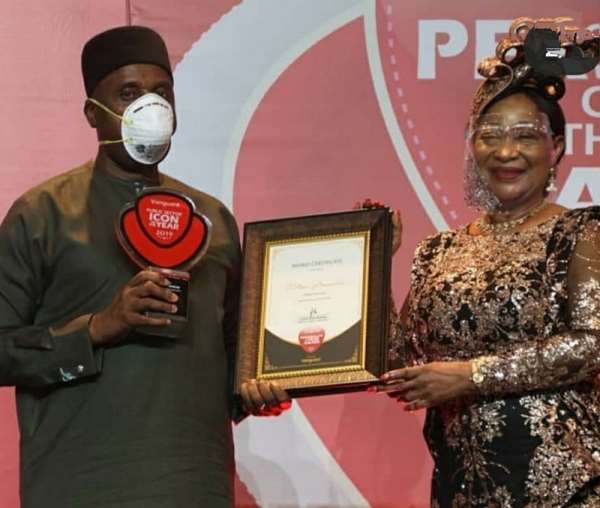 The All Progressives Congress (APC) has congratulated the Minister of Transportation, Rt Hon Rotimi Amaechi on his recognition as the public sector icon of the year.

The party in a statement issued in Port Harcourt by its Spokesman, Chief Ogbonna Nwuke said it was thrilled by the award conferred on him in Lagos by the Vanguard newspapers.

Nwuke observed that the award was proof of the hardwork and commitment that the Minister has brought to bear on his assignment.

According to the Rivers APC Spokesman, "We are not surprised by the award of honour. It doesn't matter on which side of the political divide they find themselves. Many Nigerians agree that Amaechi is distinguishing himself as a true patriot.

"We are glad that Amaechi has replicated those giant strides for which he was known as the Governor of Rivers State in course of his assignment as the Minister of Transportation.

"Rivers sons and daughters are proud of this workaholic who is our leader. We are happy that he is silently transforming the rail sector and rendering quality services that will take Nigeria to the next level."