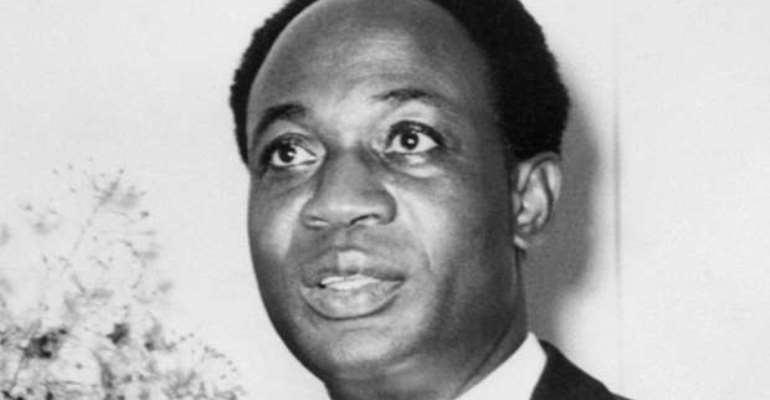 Colonialism is a system of power by force and exploitation. The characteristic is based on centralised decision making by a few of an elite in power.

Dr Kwame Nkrumah and his concept for the independent Republic of Ghana, "Scientific Socialism", is the power of a centralised decision-making process. Centralized systems are not exposed to competition that increases transparency and drives innovative stimulus package for citizenship. Corruption is in the inbuilt mechanism of such centralised systems. Adding elements of democracy is a failed attempt to overcome the fundamental weakness of such a system giving citizens false hope of a better word to come one day.

A decentralised system in the hands of many can expose wrongs in a society at short notice making it detergent against corruption and inefficient in all walks of life through competition and transparency. Stimulating the individuals and their organisations on a local level brings more creativity to a coordinating central body than causing disturbances by conflicting interests and ways to a nation.

The 1992 Ghana Constitution was forced by Western countries that had no detailed knowledge of the African mind and specific conditions of Ghana but came out of the drawers of desks in the USA and UK was not designed to overcome the principal weaknesses of Ghana since independence.

The egg or the Henn discussion leaves a similar unanswered question of whether politics or economy is the real driving force behind a successful nation. In any case, both depend on each other to prosper. Ghana's plight potentially would have been much better today by understanding and accepting decentralisation coordinated in Accra and his versa.

The political power lies in the hands of the citizens. So does the vibrant and lively competitive and progressive economy. To achieve this a country far behind its destiny squeezed in the conditions of globalisation needs urgently to change the student's curriculum and teach entrepreneurship at an early age in the classroom. Instead of creating in people the mindset to work for the government or others like as bankers, this will create in the shortest possible time a mindset in people that public officials are needed and cherished but the one with a dynamic spiritual mind creating jobs with his inspiration and sweat deserves to be applauded even more challenging government officials overtime to walk in their shoes.

These shoes will always be renewed and no one will have to walk in broken shoes ever again.