Why is Kennedy Agyapong (Hon) always getting roasted for expressing his candid opinion? 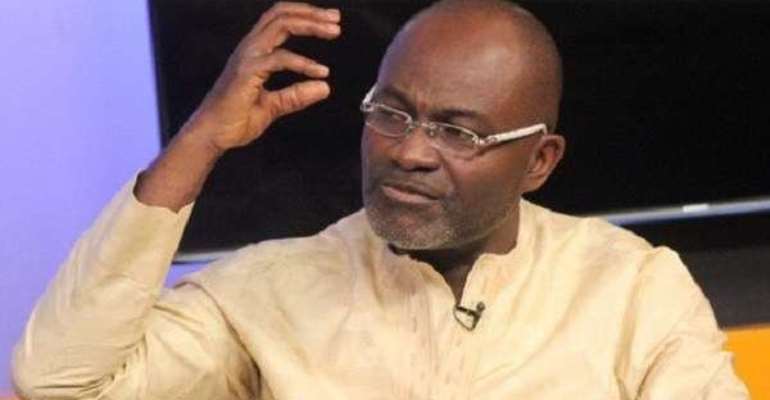 This is the first, and only time that my wife has questioned why I have not written to defend Kennedy Agyapong, the Member of Parliament for Assin Central, against his needless roasting by some NDC MPs for expressing his honest views about the irresponsibleness of a Joy FM journalist, if not the Multimedia Group of Companies? She is normally not in agreement with me on my infatuation with writings about almost everything that transpires in Ghana, especially, politics and the ongoing Kumawu chieftaincy dispute. She will have me stay completely away without ever dabbling in such issues but as obstinate at times that I can be, and as a citizen but not a spectator, I ignore her. Why should I maintain my silence over bad things that go on in Ghana, my country of birth? No, I shall voice out.

Therefore, I feel privileged and count myself fortunate, if she will this time encourage me to publish my supportive view about my already loved and most respected MP, Kennedy Agyapong (Hon).

Indisputably, Kennedy by empirical evidence could be said to love and care about Ghana and the people therein more than any current Member of Parliament in Ghana. Was he not the one who made public the duping of Ghana to the tune of Ghc51.2 million by one notorious Alfred Agbesi Woyome, the self-styled NDC financier? Was he not the same MP who revealed the evasion of payment of import duties by the junior sibling of former President John Dramani Mahama through his repeatedly deliberate issues of dud cheques? That issuer of dud cheques had swindled the nation out of Ghc12 million by the time his cover was blown. He then scuttled like a frightened dog with its tail tucked in-between its hind legs to make payment. Has Kennedy not saved the nation some money which would otherwise have been stolen by some dishonest individuals?

Has Kennedy not been tackling the charlatan prophets and pastors in the country to free Ghanaians from their religious quackery and bondage? Do we not know how the near 24/7 attendance of church services amid the exploitation of the congregation by the pastors is impacting the economy very adversely? He who rises above the odds to fight those negativities in society is an honourable, and will have my respect.

This selfless attitude by Kennedy endears him to me. He cares about the nation and seeks the welfare of the citizenry. He is bold and says things as there should, calling a spade a spade but not a big spoon. If you call a spade a big spoon, we live to see if you can eat with it.

It is obvious the unethical attitudes toward news reporting and broadcasting by many a Ghanaian journalist. Most of them are very unprofessional, corrupt, uninformed, partisan and seek to politically polarize the public, all for their selfish motives, although to the detriment of the nation. They don’t appear to report the news as they have happened but maliciously twist some facts, and cunningly invite the public to share their views in which case, they are inciting the public to react in a certain manner in alignment with their malevolent objective, although detrimental to the general good of the country.

Any sensible person seeks to calm tempers but not to inflame them. When quenching fire, we don’t seek to inflame the embers by pouring fuel/petrol on them. Nevertheless, the unprofessionalism and corrupt nature of some Ghanaian journalists are such that they want to plunge the nation into chaos all of the time. They always craftily aggravate situations, all for their hidden but selfish motives. In so doing, they exaggerate stories to make situations look more serious than they actually are.

Nobody can fault me on my views about Ghanaian journalists hence my oftentimes castigations of them in my publications. They don’t seek the welfare of the nation but her destruction, all because of their love of corruption and overflowing selfishness.

Most of the journalists don’t know how to inform and educate the public for the good of the nation. They rather direct and goad people into taking certain irresponsible actions that lead to the political polarization of the country. These are the very corrupt, partial and irresponsible attitudes by some journalists that Kennedy Agyapong is peeved about and subsequently condemns in no small measure.

Once he speaks his candid mind, some criminals and nation wreckers always seek to make him appear a very bad person by themselves stealthily taking detrimental actions that will later be blamed on him. They commit their diabolical or murderous actions under the cover of darkness only to emerge during daylight to point an accusing finger at Kennedy, the one rather seeking the best for the people and the nation.

As the nation has become so politically polarized with the people becoming insanely partisan all because of the overflowing devilishness of the NDC as a political party, the NDC minority caucus in parliament is always supportive of those seeking to make the nation ungovernable, and the sitting president becoming unpopular and hated.

Since the 8th parliament of the 4th republic, the NDC MPs have become more or less diabolical. They seek to promote the malicious agenda of their NDC party instead of doing things in pursuit of the collective interest of the nation and the people. These dishonourable lots in their opaque eyes think they are honourable citizens. They have failed to perform their functions as legislators making laws and holding the government to her feet all for the best of Ghana. They have just become selfish persons unworthy of their election to parliament.

Which of them has done anything that has saved the nation a dime apart from Kennedy who doubles as a philanthropist? Are they not into silly attitudes that are costing the nation money and her international good image and repute?

It is just so funny that the current Speaker of Parliament is charting a course unbecoming of a Speaker of Parliament. Are his actions tailored to enhancing or facilitating the diabolical agenda of the NDC, his political party? He wants to investigate cases pending before the Supreme Court. Who bestowed that right upon the Speaker and the parliament?

Please, do not seek to bring Kennedy down because of his boldness to tell the truth at all times. Again, don’t blame him for the evils that certain persons like Samuel Ofosu-Ampofo and the NDC commit under the cover of darkness.

Ghanaian MPs, let us see the relevance of you rather than your current specialised pull him down and devastating partisanship.

To Kennedy, I say, you have my back!