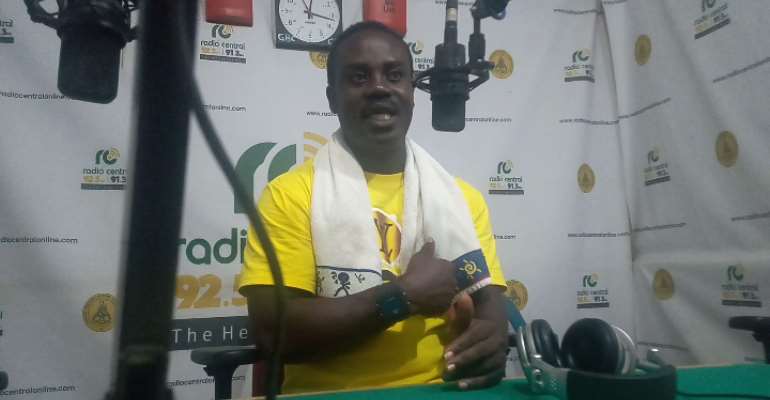 The Prophetic ministry used to be one of the most revered among Christendom. This was because it's normally the office that the prophets are supposed to speak the mind of God to the populace or congregation.

In recent times, the springing up of Prophetic Ministries and knowing who is actually speaking the mind of God is becoming difficult for Christians.

Some prophets in Ghana have gained the notoriety of proclaiming prophecies which have all failed to come to pass.

In trying to get some answers as to why a prophet claiming to speak the mind of God have a prophecy fail to come to pass, this writer speaks to Pastor Emma.

Speaking on "About Life" show, the Hands of God Power Ministry International leader posited that most failed prophecies are not from God.

He said they come from spirits who deceive the prophets.

Ogyam 1 as he affectionately called revealed that most prophets have spirits they are working with. "Normally what happens is that the Prophet would refuse to do what the spirit demands. When that happens the spirit would wait till the pastor forgets and the spirit would direct him to make public pronouncements which shall fail".

He added, "It is a form of punishment from the spirit from failing to do as the spirit wishes. Such spirits would help you to make money and same shall disgrace you for failing to honour your promise to them".

He noted that those of God are revealed to prophets at least on three occasions and such prophecies when declared never fail.

He made all these commentaries when he spoke on his 'About Life' show on GBC Radio Central on Sunday, 18th July, 2021 on the topic "What accounts for failed Prophecies".

Osofo Emma stressed that all spirits that compel prophets to give false prophecies have nothing to do with God. "Spirits that are from God even if offend by your actions, would not cause your disgrace by telling you things that are untrue".

He intimated that spirits that are working with all spiritual persons including prophets can be tricky sometimes. "You're a human being and when the spirits reveals something to you, you need to weigh it carefully before making public pronouncements on it".

He continued, "When the spirit make you to goof and there are repercussions, you the human being would suffer the consequences and not the spirit.

"Even if your spirit reveals anything to you, be careful about how you make public pronouncements on it to avoid bringing shame and ignominy unto yourself."