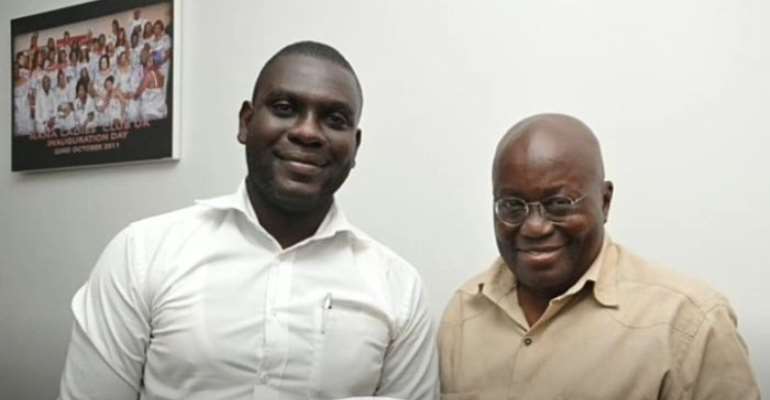 The Damsel Foundation is calling on President Akufo-Addo to sack Presidential staffer, Mr. Nana Hesse Ogyiri over what is described as abusive sexual comments about Farida Mahama.

Using pictures posted by the ex-President to wish her daughter a happy birthday, Mr. Nana Hesse Ogyiri in a Facebook post yesterday captioned it in the strangest of ways that shocked followers.

The text accompanying the picture of Farida Mahama read, “Fmr President John Mahama’s daughter, Farida. She has fully developed and well endowed. Very manageable. What do u think?”

In a press release from the Damsel Foundation after citing the post from the presidential staffer, it says the statement amounts to child abuse in clear contravention of the United Nations Convention on the Rights of the Child and the Children’s Act, 1998 (ACT 560) of Ghana, which enjoins governments and all persons not to subject a child to any mental abuse.

“Regrettably, Mr. Nana Hesse Ogyiri did not only make these sexually abusive and inappropriate comments about the minor but further went ahead to invite the public to share similar views about the minor while displaying her picture in the said Facebook post,” part of a release from the Foundation reads.

It adds, “As a foundation that is committed to the empowerment of young girls in the country, we are appalled and disgusted by this shameful conduct of Mr. Ogyiri which is unbecoming of a Presidential Staffer and condemns same in no uncertain terms.”

Serving notice of it plan to lodge a formal complaint on the matter to the Chief of Staff who has oversight responsibility over Mr. Ogyiri, the Damsel Foundation has called on President Akufo-Addo to take action against the presidential staffer.

“We wish to call on the President of the Republic of Ghana to sanction Mr. Ogyiri by dismissing him from office with immediate effect, as a sign of his government’s commitment to protect every child from any form of abuse irrespective of their backgrounds,” the Damsel Foundation statement stresses.

Find below the full press release from the Foundation: