Abusing The Rights Of Kids 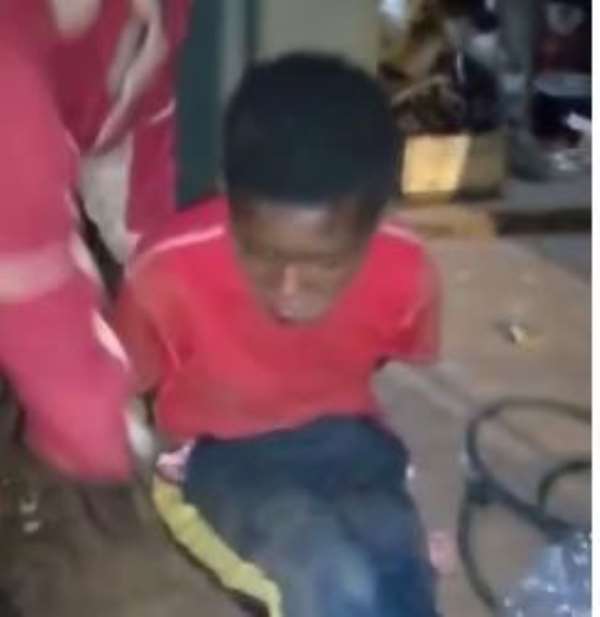 Social media abuse of children is on the ascendancy. A few weeks ago a kid under six years but eloquent was posted on social media uttering language with a large dose of obscenity.

Many who posted the video recording of the kid which appeared to have been recorded in the Greater Accra or Ashanti Regions enjoyed the 'fun'.

We are unable to reprimand such persons because they are oblivious about the inherent abuse of a minor.

Social media and smart phones have come with diverse drawbacks one of them being this wanton abuse of children by adults sometimes unknowingly.

We acknowledge the work of the United Nations International Children's Emergency Fund (UNICEF) and some NGOs in stemming trends such as this. It is the effects of such work which has enabled us to identify such abuses.

We wish to call on all Ghanaians to regard the rights and interests of children as matters demanding all-hands-on-deck approach.

Helpless as they are the media especially must be educated about how to manage such matters as they pertain to children.

The graphic description of criminalities in which children are unfortunately and regrettably the victims has for instance attracted our attention as they have other observers. Surprisingly however not much has come up in the area of arresting the anomalous situation.

The graphic description of the defilement of a child by an irresponsible adult in a manner which not only exposes the image of the child but creates derision should not be encouraged. This is regrettably a feature of some radio stations and we generally do not express disapproval of the practice.

The body language of the persons presenting the story does not show a modicum of disapproval about the depravity.

It is our opinion that the citizenry especially those in the media are educated about the drawbacks in treating child matters the way we are doing currently.

The story of the 16-year-old boy who had a stick inserted into his anus by a group of persons one them in his late 60s resonated in various circles when the incident happened. The young boy was accused of stealing money from a shop. Fortunately he was found in a helpless state and currently being treated in a hospital.

In yet another worrying development a young boy, barely 10, was showed in a video tape being asked to construct how he scaled a height to as the adults in the said, to steal from a room.

He had been beaten and a voice could be heard asking that he spared the beatings.

There was no attempt to cover his visage which showed signs of beating.

It is our hope that the appropriate agency will study the video and trace those behind it.

The child claimed he was hungry. While some would not take this reason as sufficient reason for his action we nonetheless opine that children no matter their alleged crime must not be subjected to the kind of treatment we often see in our social media-driven society today.