A/R: 3 dead, others injured in crash on Kumasi-Obuasi road 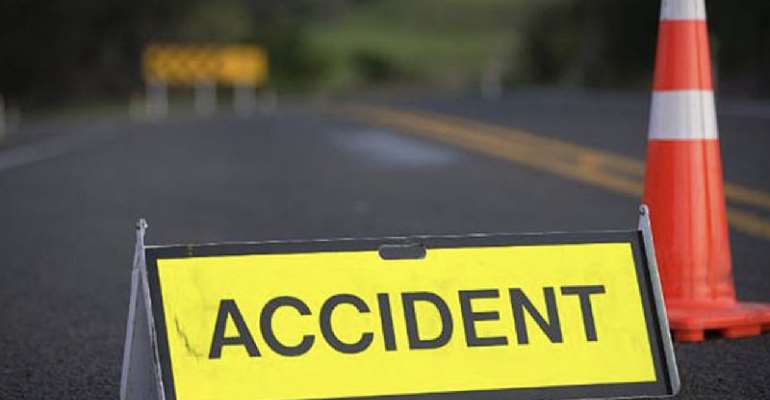 Three persons have been confirmed dead and scores injured in a crash on the Kumasi-Obuasi road in the Ashanti Region.

The accident happened on Friday, July 16, 2021, after a Toyota Tundra vehicle collided with a taxi at Afoaka junction on the section of the road.

According to eyewitnesses, the Toyota Tundra vehicle with registration number, AS 4275-21, after colliding with the taxi hit two other commercial vehicles parked on the shoulders of the road with passengers on board.

The driver of the taxi and one other female passenger in one of the commercial vehicles died on the spot.

A medical doctor at the St. Peter’s Catholic Hospital, Dr. Adai Aboagye said two persons died while three others are currently on admission at the facility.

“We received 5 casualties and out of that we have two fatalities. One person died on the spot and so was brought in dead. The other person, a woman over the age of 60 also passed away at the emergency unit. The other casualties are quite stable, and they are being monitored.”

He said other casualties may have been sent to surrounding health facilities, but he cannot confirm the numbers.

One female and one male who died and has been sent to the morgue.

The bodies of the deceased persons have since been deposited at the morgue, awaiting autopsy.