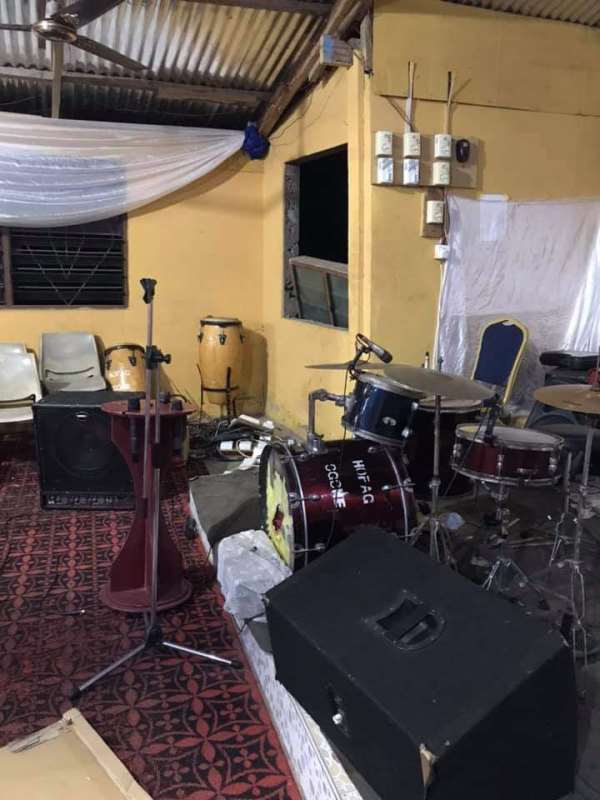 Thieves have raided a local Assembly of the Assemblies of God Church at Ogome, a suburb of Odumase Krobo in the Eastern region, and made away with musical instruments.

The suspects chiseled and removed the entire burglar-proof window frame after failing to break into it.

He added that “One of our members from Odumase boarded a Hyundai commercial vehicle to Accra that day, when they got to the junction, a guy stopped the vehicle and they loaded items packed into black polythene bags and Sellotaped. So the mate asked ‘where are you going with this equipment at the time? Are you going to a church program? the guy didn’t mind him. The boot was full so they booked one seat for the guy so he sat and put the audio links and others on the seat. The guy alighted at Novotel in Accra”.