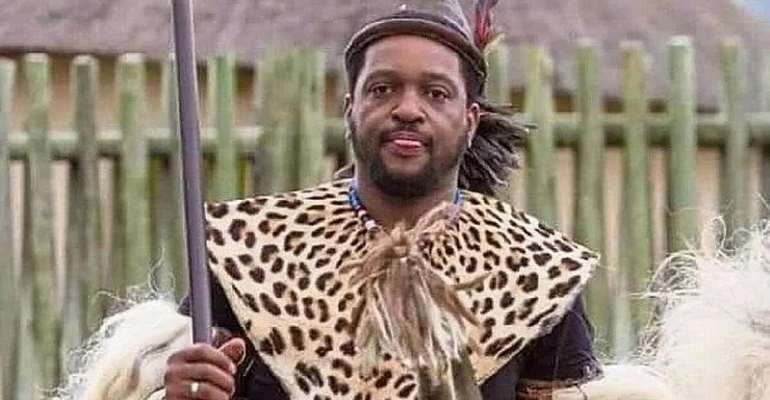 King Misuzulu Zulu, on Wednesday, July 14, 2021, spoke with the voice of responsibility and challenge for better conduct on the handling of the explosive situation in South Africa. Instead of making excuses and pointing fingers at other multi ethnic nations of South Africa, the king decided that his most important task will be to challenge his own community!

It is the way forward for any serious group of people or country.

The king is young but seasoned. With a voice and presence filled with agony and disappointment as the entire world watches, day after day since one week, the looting, violence and destruction of lives and properties in his beloved Zulu kingdom and across the major cities of South Africa, said:

"What is even more saddening is that so many of those who are drawn to this lawlessness and criminality are members of the Zulu nation.... It has brought great shame upon us all... as fingers are pointed at my father's people."

He reminded everyone: "This chaos is destroying the economy, and it is the poor who will suffer the most.” The 46-year-old newly enthroned king was very blunt when he said that the destruction "has brought great shame" and on the Zulus - the largest ethnic group in South Africa.

His Majesty Misuzulu Zulu has my respect for calling on his Zulu nation of almost 12 million and all of South Africa to rise to the heights of decency; protect and respect human lives and economic infrastructure which ultimately support the communities. This is unlike what we see in many parts of the African continent including Nigeria where the eyes of nepotism, favoritism and ethnocentric biases are turned on whenever there is an issue which concerns someone of their own community. It is such hypocrisy and immoral relativism that have combined — with several colonial, neo-colonial and contemporary factors — to keep most of Africa backward.

This existential matter, logically leads me to explore a tough and critical question. Regardless of its controversial implications for continental Africans, I shall ask it:

WHY, in some perverse and awkward sense, do we still have most of the under-developed or developing countries in different parts of the African continent locked into a self-hating cycle of purposeless grind and foolish competition over who will outdo the others in the violent “defense” and “brotherly protection” of corrupt, unlawful and self-serving politicians and soldiers from their own sections/regions of their misgoverned countries?

Remarkably, hundreds and thousands of those “comrades” who are in great need of what is popularly known as “stomach infrastructure” mobilize most of those angry crowds. They are hungry and angry! So many are homeless and millions of them go to bed hungry, every day; yet they are the ones who picked up weapons and destroyed the entrepreneurship and hardwork of many indigenous and dedicated comrades who labor and provide economic employment opportunities in the community and bring about transformative empowerment to the post-apartheid South Africa!

In terms of recent economic migrants and business developers, Nigerian and other African businesses have suffered from unfortunate xenophobia and recent attacks.

Sadly, most of the Zulus and African National Congress (ANC) members from other parts of South Africa who never benefited from the corruption stained presidency, the defunct, controversial presidency of Jacob Zuma looted and set ablaze hundreds of businesses. Zuma is a Zulu.

I agree with the king of the Zulus who has warned that "my father's people are committing suicide" by their involvement in the violence which has taken almost 125 individuals, following ex-President Zuma's 15-month jail term for contempt of court regarding corruption charges.

Somehow, our beloved South Africa, like Nigeria, has refused and failed — through a combination of historical and contemporaneous factors — to move up to the organic level of competent, inclusive, accountable and harmonious countries of the world. What is next for South Africa, as things fall apart?

Dr. Chido Nwangwu, the author of the forthcoming 2021 book, MLK, Mandela & Achebe: Power, Leadership and Identity, serves as Founder & Publisher of the first African-owned, U.S-based newspaper on the internet, USAfricaonline.com, and established USAfrica in 1992 in Houston. He is the recipient of several public policy and journalism excellence honors, civic engagement and community empowerment awards and has appeared as an analyst on CNN and SKYnews. He served as an adviser on Africa business to Houston’s former Mayor Lee Brown. @Chido247