Magluv told Shatta Wale that I'm a witch, that I put juju in the cooked rice I've been bringing to him — Shatta Wale's mother alleges 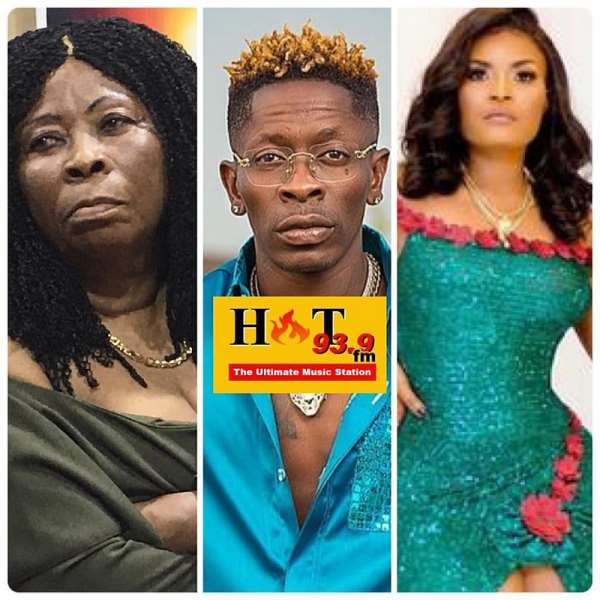 Magluv, who is a childhood friend of Shatta Wale, has been implicated as one of the weighty reasons Shatta Wale had numerous fallouts with his close relations.

However, denying the allegation in a recent live video on Facebook, Magluv spilt the beans on some of the things that caused Shatta and Michy's breakup.

Among other things, Magluv alleged that Kumawood actress, Emelia Brobbey had an affair with the dancehall star at the back of Michy despite claiming to be her friend and adviser.

Reacting to Magluv's allegations in an interview on 'Ay3 Hu' social talk show on Accra-based Hot 93.9FM -hosted by Nana Ampofo, Shatta Mama alleged that the Magluv told Shatta Wale that she (Shatta Mama) is a witch.

According to Shatta Mama, "the reason Shatta Wale doesn't want to see me is because Magluv told him am a witch so he shouldn't come close to me.

"Everybody knows me in Ghana that I am a God fearing person...but Yes, Magluv told my son that I am a witch and that the cooked rice I use to bring to him he shouldn't eat it anymore because I have been putting 'juju' in it so he shouldn't entertain me in his house again", Shatta Mama angrily alleged to Nana Ampofo