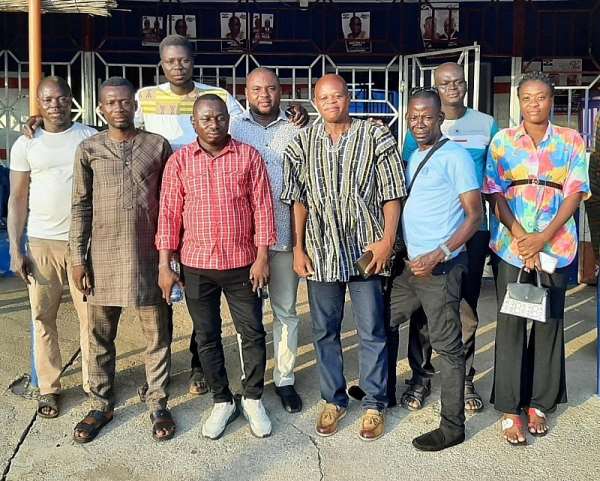 The FOB is a philanthropic group which propagates the works of Dr Bawumia to galvanise support for him towards the Presidential and Parliamentary elections in 2024.

The Chairman said Dr Bawumia had defended the Party, stood the test of time, and was the most qualified and experienced to take over from President Akufo-Addo to continue the development agenda of the country in freedom.

Mr Akanlo said this at the inauguration ceremony of the FOB's Bolgatanga Central Constituency Executives after similar ceremonies were done across many of the Constituencies in the Region, to mobilize support from the grassroots level for Dr Bawumia.

Mr Akanlo told the new Executives that “Since 1992, the elections had clearly shown that after eight years, a different government is elected. So if there is ever any opportunity to break that eight-year rule, the only person that presents us that opportunity is Dr Mahamudu Bawumia.”

He reminded them that FOB was duly registered in 2012 at the Registrar General's Department, and was not a new group, adding that their inauguration as Bolgatanga Central Executives of the group was critical.

“When you hold the centre properly, then it means that the other peripherals will follow. So Executives of the Bolgatanga Central are not only Constituency Executives but Executives that must ensure that the team becomes appealing.

“We need to defend the name of Dr Bawumia with integrity, so that when he is finally elected as Flagbearer, every other Party member will join us to campaign and retain the seat for the Party in 2024,” he said.

According to Mr Akanlo, other opponents were working underground to take the Party's Flagbearership position, and urged the Executives to work harder to ensure victory for Dr Bawumia when the Party opens opportunity for the contest.

Alhaj Zakariya on behalf of the newly inaugurated Executives thanked the Regional leadership of FOB for the confidence reposed in them to serve the group and galvanise support at the Constituency level.

“We are honoured to represent FOB in the Bolgatanga Central Constituency. We will continue to contribute our efforts and work hard to ensure Dr Bawumia is elected. We will bring more people on board as members of FOB,” he said.

Policy saturation, failure fatigue and frustration can make ...
13 minutes ago