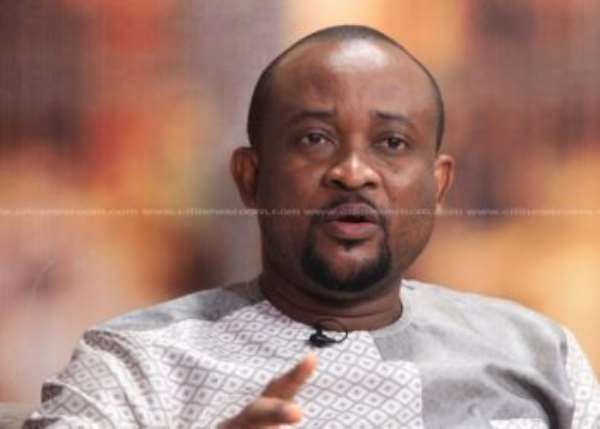 A former Deputy Minister for Information, Pius Hadzide, says he is willing and available to serve in any capacity if he is called upon again by President Akufo-Addo in his new government.

According to him, he is currently “at home and taking care of family and personal stuff at this moment,” but is prepared to serve in any capacity in the President’s second term.

Mr. Hadzide, who featured prominently in Nana Addo’s first term due to his activities at the Information Ministry under Kojo Oppong Nkrumah, has gone quiet for months after he was dropped from his role in the new government.

But speaking to Selorm Adonoo on Eyewitness News on Thursday, he said he is happy about the work of the appointees who have taken up his roles at the Information and the Ministry of Youth and Sports where he once served.

“I am always willing and prepared to serve in whatever capacity… In this second term, at both the Ministry of Youth and Sports and Ministry of Information, equally competent and dynamic young colleagues have been found to play the role of Deputy Ministers. I am happy at the team that the president has put together. It is a solid team. They are doing a yeoman's job. ” he said.

He however added that, “if the president believes that I can also serve in other capacities and my services are required in other portfolios at this juncture, I will be most glad to oblige his Excellency the president.”

Few months ago, there were reports about some planned appointments, indicating that Pius Hadzide had been pencilled for the position of Chief Executive Officer of the National Youth Authority (NYA).

The vocal former government appointee indicated that he currently does not play any active governmental role, and will have no problem if he is given an opportunity to serve in a publicly or behind-the-scenes.

“Sometimes service may be just supporting others who are in the frontline. If I have to serve now by supporting from behind the scenes, so be it,” he remarked.