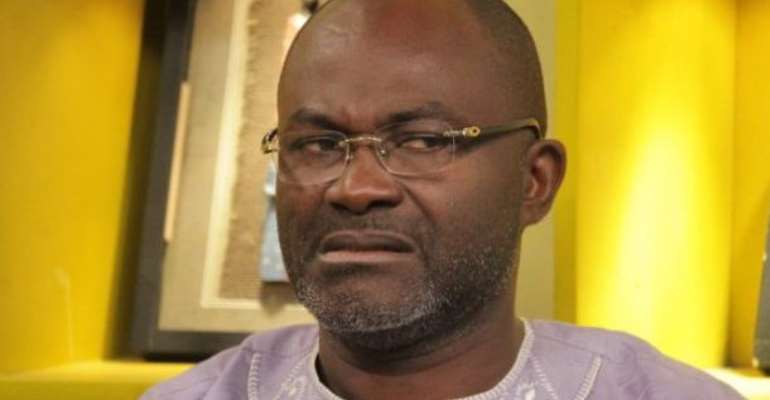 Member of Parliament for Tamale Central Murtala Mohammed has said his colleague lawmaker for Assin Central Kennedy Agaypong should not be walking a free man in any country where democracy works well.

He believed that Mr Agyapong has misconducted himself over the years for which he should have been dealt with by the laws of the land.

His comments come after Speaker Alban Bagbin referred Mr Agyapong to the Privileges Committee of Parliament for his utterances against a journalist with the Multimedia Group, Erastus Asare Donkor.

Mr Agyapong on Friday, July 9, is reported to have allegedly threatened to attack Mr Asare Donkor, “for the journalistic work that the latter undertook during the recent shootings and killing incident at Ejura” on his television station.

The Multimedia Group filed a formal complaint against Mr Agyapong.

On Wednesday, July 14, Alhassan Suhuyini raised the issue on the floor of the house and asked the Speaker to refer the matter to the Privileges Committee.

He said “Mr Speaker, I think that as a former journalist I feel obliged to draw the House’s attention to this conduct of an Honorable colleague of this house which in my view, brings this house into disrepute.

“Mr Speaker, I urge you to exercise your powers under 27 and refer this conduct of the Honorable which is becoming unacceptable, to the Privileges Committee to ascertain the veracity of the comments that were made and recommend sanctions if possible that will act as deterrent to other members who may be tempted to act like him.”

In response to his request, the Speaker accordingly referred Mr Agyapong to the committee.

He said he cannot make a decision on Mr Agyapong over his utterances against a journalist in Ghana.

That decision to determine whether or not the conduct smacks of abuse of privileges, he said, rests with the lawmakers as a House, to take.

“As it is now, I am compelled to refer it to the Privileges Committee. I want to emphasize that it is the House that will make the decision, it is not the speaker, it is not any other person apart from the House.

“That will be your collective wisdom that come to the conclusion whether what is alleged is just a mere allegation or is supported by facts and whether those facts constitute contempt of the House and abuse of a privilege of members,

“It is important for me to emphasize here that the privilege and immunity of free speech apply in full force in plenary session and committee sessions, not when members are outside debating issues or on radio and TV. You don’t have that right, that privilege, that immunity to just say anything because you are a member of parliament.

“We are not above the law. It is for good reasons because you represent a large number of people, you should be given the full immunity to be able to say what the people say they want you to say. That is why you say it here and you are covered.

“That immunity doesn’t extend to you in anywhere else. So pleased the committee should go into the matter, submit the report.”

Commenting on this development, Murtala Mohammed said on Joy TV Thursday, July 15 that “To be very honest, in a serious democracy that man should not be a free man walking.

In the case of Ahmed Suale and I am not accusing him of murdering Ahmed Suale…this gentleman’s pictures were put on his TV and he asked people to hurt him and within weeks or months the gentleman was murdered. This dude is a freeman walking because everybody in the NPP including the President fears him.

“I think that our democracy deserves better.”