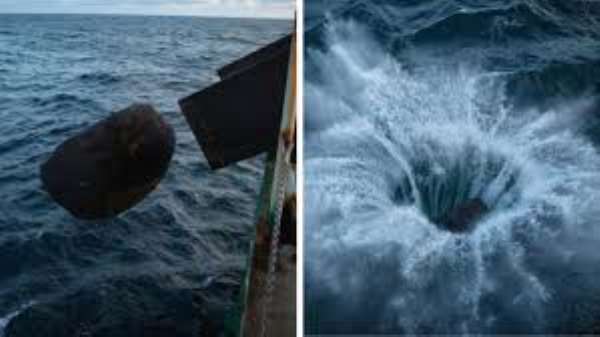 As part of efforts to restore Ghana's marine resources, some fishermen at Elmina in the Komenda-Edina-Eguafo-Abrem Municipality have appealed to government to drop stunt designed granite boulders into Ghana's territorial waters to prevent large industrial trawlers from depleting marine ocean floor endowment.

According to them, stopping the practice of “bottom trawling” – dragging heavy weighted nets along the seabed to scoop up fish – in Ghana's territorial waters was the reason for the rapid depletion of the fish stocks.

The fishermen expressed these concerns in separate interviews on the impact of the 'Closed Season' at Elmina.

The Ministry of Fisheries and Aquaculture Development in collaboration with the Fisheries Commission imposed the 2021 'Closed Season' starting from Thursday, July 1 to Tuesday, August 31.

The closed season is a strategy to reduce excessive pressure and over-exploitation of stocks in the marine subsector and to rebuild the depleted marine fish stocks.

Making the appeal, Mr. Emmanuel Otabil, a fisherman in his early 60s said dropping huge boulders into the ocean is the latest move by many countries to protect sea life.

It is a band-aid solution to bottom trawling, an aggressive fishing method that indiscriminately sweeps up any marine life in its path, destroying entire ecosystems.

Mr. Otabil bemoaned the rapid depletion of marine stocks and blamed it on government’s refusal to clamp down on illegal fishing methods such as pair trawling, much to the detriment of the fortunes of local fishermen.

He said increasing activities of trawlers in Ghanaian waters and illegal transshipment, popularly called “Saiko” had deprived many artisanal fishermen and others involved in the artisanal fishing sector of their livelihoods and making them poorer.

The industrial trawlers target the staple catch of artisanal fishers, harvest them and freeze them into pallets of fish and sell to agents at high seas, who in turn sell to the fishing communities for profits.

Meanwhile, these fishes are the sole preserve of the artisanal fishers by law, he said, adding that "dropping boulders in the sea would stop trawlers dropping their nets in the area but not harm the seabed’s marine life, which includes sandeels, crabs, and flatfish."

“As we speak, we are in our major season of bumper harvest but there is very little or no catch in many fishing communities.

Mr Kojo Mensah-Abrampah pointed out that pair trawling was being done everyday throughout the year in the country’s territorial waters and that it did not allow the fish to spawn.

"The trawlers run over the small fish so they don’t live to grow for harvest. The trawler operators dump dead fish back to the sea which drive away the fish to go very far so they should be part too because close season is close season," he asserted.

Mr Samuel Kofi Entse, who described himself as an educated fisherman said Saiko is a threat to the livelihood of over 2.7 million Ghanaians, including 140,000 fishermen along with thousands of fishmongers, majority of whom are women, traders, canoe carvers, input suppliers and fish carriers as well as their dependents which constitute 10 per cent of the nation’s population.

“Our seashore and environments are part of the heritage bequeathed to us by our ancestors, and we have a duty to leave that heritage for those who are coming after us,” he said.

Madam Sheila Abban, a fishmonger commended the government for its perseverance to introduce the closed season and also applauded the fishermen for supporting the move and efforts at sustaining their livelihoods.

However, in addition to the closed season, other measures like closed occean territory or reserved fishing area should be adopted serve as breeding grounds to the fishing territory.

The GNA noticed that the directives on the ban on fishing for inshore and artisanal fishers had been fully complied with by the fishing communities visited, and the usual hustle and buzzle at the seashore was absent.

The beach appeared a pale shadow of itself with many of the fishers sitting idle, others repairing their canoes and nets to put them in good shape, while some were packing their fishing gears for safekeeping.