We've prophecy of the prophet and prophecy of God, Badu Kobi's own is not from God — Prophet Yaw Blessing 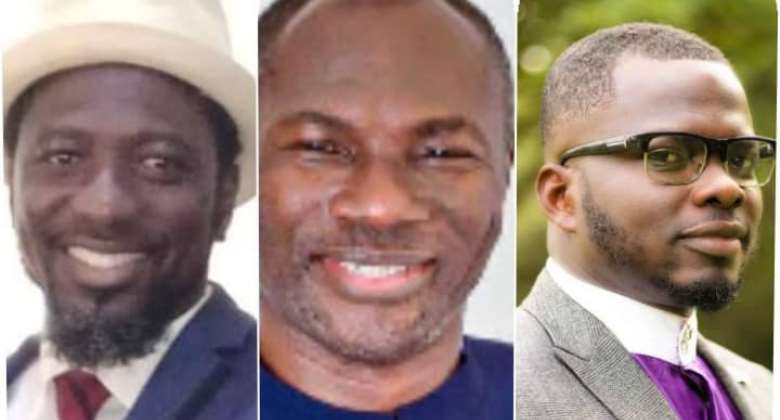 Prophecy according to Ahlström (2020), in religion is a divinely inspired revelation or interpretation. Although prophecy is perhaps most commonly associated with Judaism and Christianity, it is found throughout the religions of the world, both ancient and modern.

To appreciate Prophecy, the term prophet comes in handy. The word prophet comes from the Greek word 'prophētēs', “forthteller”. This refers to an inspired person who believes that he has been sent by his god with a message to tell. He is, in that sense, the mouthpiece of his god.

There are a lot of prophets in Ghana who makes all kinds of pronouncements which some have come to pass while others don't.

In recent times, Prophet Badu Kobi, founder of the Glorious Wave Church International prophesied about three football events which failed sequentially. This has put the office of the Prophet into disrepute and has generated a lot of negative commentaries.

Firstly, Prophet Emmanuel Badu Kobi prophesied that God had revealed to him that Brazil was going to beat Argentina in the Copa America final. After the match, Argentina won by beating Brazil even though that grand finale was played in Brazil.

Secondly, he again claimed that Asante Kɔtɔkɔ football club was going to beat Accra Hearts of Oak in the Ghanaian version of El Classico. Kɔtɔkɔ, unfortunately, lost to Hearts of Oak.

Thirdly, Badu Kobi prophesied again about the Euro 2020 finals between England and Italy. He is on record to have proclaimed that England was going to win against Italy but the reverse happened after the match. All these, he claimed, were attributed to God.

These failed prophecies from the man of God has raised issues about the reliability of prophecy from people who call themselves prophets.

In other to appreciate this, this reporter spoke to Prophet Nana Yaw Blessing of the House of Prayer For All Nation Family (HOPFAM), Prophet Eric Kingsley Ansah of The Potter's Hand Word Ministry International and Reverend Father Domenick Eshun of the St. Teresa of Avila Anglican Parish all in Cape Coast.

Setting the tone of the discussion via telephone on GBC Radio Central on 14th July, 2021, The Anglican Priest said that, there are prophecies that come from God and those that are learned and proclaimed.

He added that others are based on knowledge. "If I'm knowledgeable in an area, I can look at situation and say something which shall come to pass. It would be attributed to me and God, but it was from my level of knowledge and not a prophecy from God".

He said, "I've watched Badu Kobi’s video and I can say with certainty that, his is a prophecy from the Prophet and not from God. The prophecy from God doesn't fail. No wonder his prophecy failed."

Not withstanding, the Potter's Hand Word Ministry International leader underscored that, there are three types of Prophecy; "The Predictive Prophecy, Conditional Prophecy and Presumptuous Prophecy."

He further indicated that, "Prophecy is meant to inspire, exalt and strengthen the believer. Prophecy has its purpose and it's not for showmanship".

He stresses that Prophecy can fail or delay depending on some conditions. "The predictive prophecy of the Israelites didn't happen as it was said, "'400 years of the Israelites captivity ended up becoming 430 years.' Thus it came to pass after 30 extra years."

In an example of conditional prophecy, the Prophet Kingsley Ansah said Hezekiah's prophetic word was overturned by God's sovereignty.

He quoted from Isaiah 38:1-2 and 5 saying, "In those days was Hezekiah sick unto death. And Isaiah the prophet the son of Amoz came unto him, and said unto him, Thus saith the Lord, Set thine house in order: for thou shalt die, and not live.

"Then Hezekiah turned his face toward the wall, and prayed unto the Lord.

“Go and tell Hezekiah, ‘This is what the Lord, the God of your father David, says: I have heard your prayer and seen your tears; I will add fifteen years to your life'".

From verse 5 of 38 chapter of Isaiah, it can be deduced that even though the prophet had given a word of Prophecy to Hezekiah about his death, he prayed and that eminent death was overturned.

Touching on the presumptuous prophecy, the Potter's Hand Word Ministry International leader referenced from Deuteronomy 18:20-22 which says, "But a prophet who presumes to speak in my name anything I have not commanded, or a prophet who speaks in the name of other gods, is to be put to death”.

"You may say to yourselves, 'How can we know when a message has not been spoken by the Lord?' If what a prophet proclaims in the name of the Lord does not take place or come true, that is a message the Lord has not spoken. That prophet has spoken presumptuous, so do not be alarmed.

"In sum, it can be deduced that prophecies are part of religion, especially Christian religion. A lot of people call themselves prophets and have made a lot of public pronouncements which have all failed. Yet such ones are still bold to repeat same behaviour."

Potter's Hand Word Ministry International leader noted that regarding Badu Kobi's recent failed prophecies, it can be said that he made a predictive and presumptuous prophecy.

According to him, predictive prophecy because he prophesied about three football matches and all failed. He referenced Deuteronomy 18:20-22 saying "all persons who Prophecy and fail, are those who didn't speak God's mind and such prophecies should not alarm people."

He stated, "In my fair view, such so called men of God who are parading themselves as prophets and giving false prophecies aren't from God. Inasmuch as no one knows the god they represent or speak for, all we know is that their prophecies don't come to pass.

"Such false prophecies only go to denigrate them and not God or their god. The earlier they stop such things, the better."