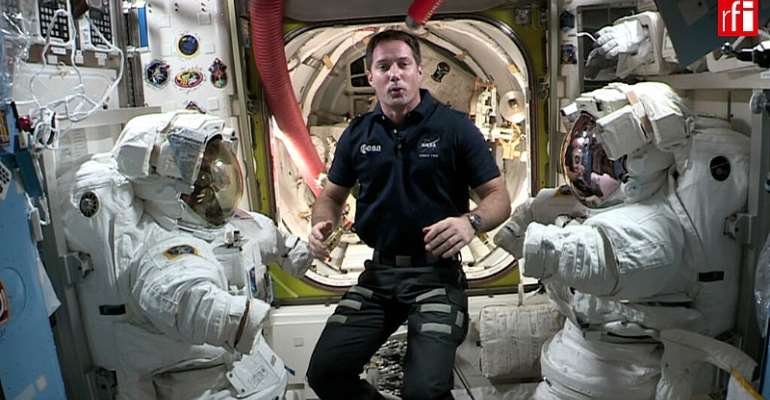 As France celebrates a wet and cloudy Bastille Day, astronaut Thomas Pesquet has shared a photo of the country taken from his lofty home on the International Space Station.

"To photograph the whole of mainland France from the ISS, you need a bit of perspective,” Pesquet told his delighted Twitter followers on Wednesday.

“This passage south gives me the opportunity to present our country to you in a familiar sense (the right way up).”

Wishing everyone a happy 14 July, Pesquet also posted a view of the Île-de-France region surrounding Paris, a nod to the Bastille Day parade he attended three years ago.

The 43-year-old, who is on a six-month mission to the ISS, has made a habit of posting spectacular shots to social media – having already immortalised Paris, Lyon, Belle-Île-en-Mer, Normandy and the Pas-de-Calais in recent weeks.

In addition to his photographic exploits, Pesquet has been busy carrying out spacewalks. He successfully installed a new solar panel on the ISS during his third spacewalk at the end of last month.

According to Nasa's calculations, the Frenchman has now spent 33 hours in the vacuum of space.

Towards the end of the mission, codenamed Alpha, he will become the first French astronaut to serve as commander of the ISS.