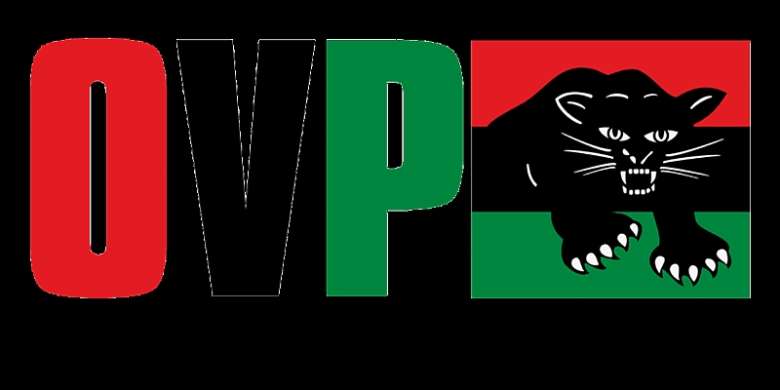 Organization for the Victory of the People (OVP) stands firmly with the revolutionary government of President Diaz-Canel and all the patriotic and anti-imperialist citizens of our Caribbean sister-nation Cuba, as they struggle against this most recent US-backed attempt to provoke counter-revolutionary forces. In the Caribbean and South America, having seen these thinly-veiled US tactics to destabilize progressive and revolutionary governments play out time and time again, most recently in Venezuela, Nicaragua and Bolivia, the scenario is familiar and instantly recognizable.

The Empire’s relentless attempts to wreck Cuba’s economy and break the resolve of the Cuban people since the triumph of the revolution in 1959 is nothing short of a crime against humanity. Last month, for the 29th year in a row, a total of 184 countries voted in favour of a resolution to demand the end of the US economic blockade on Cuba, with only the two rogue states, the United States and Israel voting against. UN agencies estimate that this illegal economic blockade, designed to foment unrest, has over six decades, cost Cuba well over 100 billion dollars.

How can the US speak of freedom and democracy while, against the will of the world’s people, it continues to enforce this tortuous and criminal economic blockade against a small nation, simply because it dares to exercise its inalienable right to sovereignty and self-determination?

The immorality, hypocrisy and tyranny of the US Empire has been further exposed during the COVID 19 pandemic. Increased sanctions on Cuba at this time, when, like all nations of the world, it is struggling to overcome the economic and health crisis caused by the pandemic, was correctly described as “obscene” by Argentine president, Alberto Fernandez. Especially obscene in light of the fact that Cuba sent medical brigades to COVID epicenters around the world in their hour of need, and became the only country in the Global South to develop COVID vaccines, intended for their own citizens and for distribution to countries in South America, the Caribbean and Africa that have been denied access to vaccines by the US and Western Europe. The US imperialists, whose wickedness knows no bounds, have even hindered Cuba’s access to syringes and other supplies to assist in the manufacture and distribution of life-saving vaccines. Cuba’s Foreign Affairs Minister, Bruno Rodriguez Parrilla, rightfully described the sanctions as an “act of genocide” and said that “like the virus, the blockade asphyxiates and kills, it must stop.”

In fact, there are those in our region that predicted that Cuba’s development of vaccines Soberana, Abdala and Mambisa that are different in type and perhaps safer than the vaccines developed in the West, would prompt the Empire to accelerate its attempts to create chaos in Cuba to upset and discredit Cuba’s phenomenal achievements.

It is preposterous and incomprehensible that the US continues to promote itself as a champion of human rights, while being the world’s greatest violator of human rights.

It is equally incomprehensible, after what the entire world has witnessed over the past decade, not only in Iraq, Libya and Afghanistan, but also in the very belly of the beast, the US itself, that anyone of us, in Cuba or elsewhere, could still be deceived and fall prey to the false promise that US intervention and capitalism can lead to prosperity, freedom and democracy. It is important at this time to remember the words of the revolutionary and friend of Cuba, Kwame Ture, “Capitalism and Imperialism does not lie sometimes, they lie all the time.”

In unity and struggle,

On behalf of the National Directorate,

Organization for the Victory of the People (OVP)