The Nomination Of The Anti-Corruption Csos Representative On The Osp Governing Board Must Not Be Rigged Again: By Martin A. B. K. Amidu 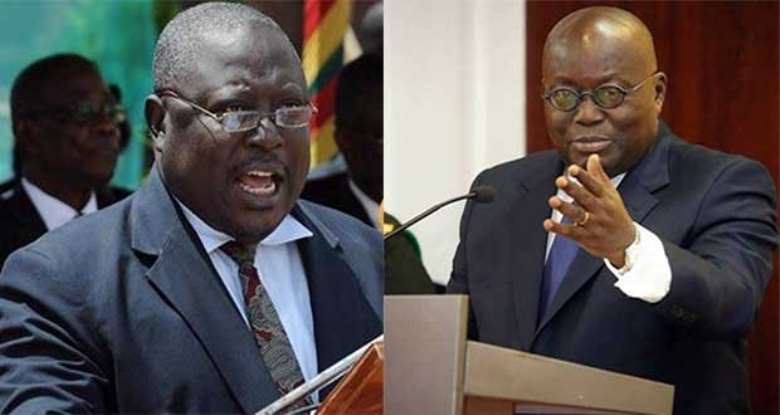 At the swearing-in ceremony of the Board the rhetorical President, Nana Akufo-Addo, was reported by the Ghana News Agency (GNA) to have “said the composition of Board was to ensure the independence of the Office and added that, it was both crucial and mandatory for it to make the office self-standing and independent of the Executive.”

In practice the President defended all members of his administration being investigated by the Special Prosecutor. An appointee of the President to the Office was able to infiltrate into the Office, a colleague and friend she knew was a National Security Secretariat agent on a contract appointment. The operational number of the Toyota Landcruiser and the military police bodyguard the contract appointee came along with and the partisan manner he conducted his work gave them away. His second one-year contract which I fought against expired in May 2021 and was renewed by his colleague friend despite the misgivings about this matter which I had indicated in writing before my resignation.

The President, in his usual intentional and deceptive political rhetoric “full of sound and fury signifying nothing”, is also reported by the same source to have “… told the Board that public expectations of it were high – the Ghanaian people were eager to see the Special Prosecutor’s Office fulfilled its statutory obligations.” It was true that public expectations were high, but the President’s statement was merely intended to deceive the public that the pretentious President (who rode on the wings of anti-corruption fever of the people to come into power, with no real intention to fight corruption), was still with them in their anti-corruption vote at the 2016 elections.

Now that the three-year tenure of the Governing Board of the Office has expired, these facts need to be known so that patriotic Ghanaians will be alert and support the Anti-Corruption Civil Society Organizations to ensure that this time round their chosen representative is sworn-in by the President when the new Board comes to be inaugurated. The Office of the Special Prosecutor needs to be operationalized and established as a specialized independent anti-corruption agency and not an adjunct of the Presidency as it has been for the past eight months. The Office will be of no use to the taxpayer if it is going to be another law enforcement and intelligence agency like the police service and other so called “independent accountability agencies” who every reasonable and rational Ghanaian knows are tied to the apron strings of the rhetorical President Nana Akufo Addo and “The Family.”

Ghana does not need another law enforcement agency which behaves like the fowls’ court when cases affecting poor citizens, viewed as cockroaches, as distinct from “The Family”, are sent or referred to for investigation: cockroaches have no case in the court or forum of the fowls no matter how good their complaint. That is the case in Ghana today. Let us, as patriotic citizens, put Ghana First!