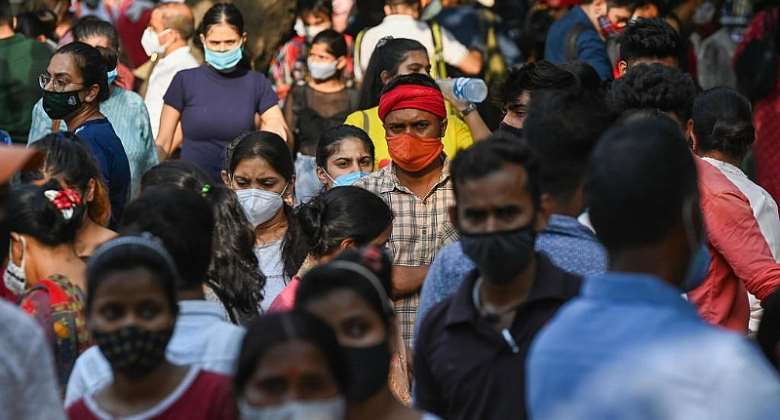 A tiny Indian state turned back thousands of weekend tourists in a health crackdown amid worries the unruly scramble for the Himalayan foothills could hasten a third surge of the coronavirus pandemic.

The police turned away 4,000 cars heading for Nainital and Mussoorie mountain retreats following purported videos of crowds at a waterfall surfaced on social media.

“The rules are laid down to ensure that Covid-19 safety norms are not violated,” Nainital police superintendent Preeti Priyadarshini was quoted as saying.

The mountain freak-out
Earlier this month, Sunil Sanon, a physician in Mussoorie, was struck by the sheer number of visitors to his 218-year-old hometown which is popularly called “The Queen of Hills.”

“People have been under a lockdown physically, they have had the slump economically and they have been absolutely pent-up mentally,” Sanon said at a health discussion.

“They are simply freaking out,” he said of tourists also seeking a respite from the sweltering heat of the northern plains.

Similar rush were reported elsewhere as new Covid cases dipped in India where the pandemic has infected nearly 31 million people and killed 410,784 as on Tuesday.

Chief Minister Dhami was also taking a hard look at a pilgrimage that brings 30 million devotees to Uttarakhand between July and August.

"Gods would not like it if people lost their lives to Covid: 19 due to Kanwar Yatra (pilgrimage)," Dhami told ANI news service.

“It is something like hara-kiri. We are going to commit our own murders,” Trikha told NDTV as 11 selfie-seekers at a tourism hot-spot were among 76 people killed in separate lightning strikes this month.

“The new term of vengeance tourism has come in but what is required is some kind of rules which is mandatory for all,” Trikha said and argued people must accept restrictions similar to those in place at airports.

Doctors raise red flag
A national union of physicians warned that wanton behavior could bring another wave of the pandemic in India where the infectious Delta strain of the virus has infected scores.

"Tourist bonanza, pilgrimage travel and religious fervor are all needed but can wait for a few more months,” Indian Medical Association said in a statement on Monday.

“Opening up these rituals and enabling people without vaccination to go scot-free in these mass gatherings are potential super spreaders for the Covid third wave," it said.

“At this crucial juncture …let us not take any chances," he said.

India as on Tuesday administered 381 million jabs but only 6.6 percent of all adults have received both the doses.

Health authorities meanwhile said the rapid reproduction rate of Covid-19 in states such as Maharashtra and Kerala were causing some concern.