Police save robbers from lynching at Ashaiman 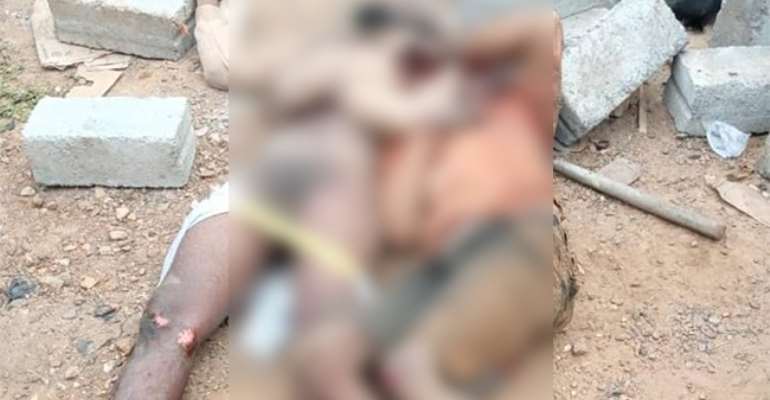 Ashaiman Police foiled a possible communal flare-up by saving two robbers from being lynched at Community 22, a suburb of Ashaiman in the Greater Accra Region.

The culprits identified as Courage Nyaku, 26 and Sampson Tekye, 18, were said to have robbed a woman when luck eluded them.

The two robbers are receiving medical treatment ahead of possible prosecution after investigation.

According to Deputy Superintendent of Police (DSP) George Antwi Tano, Crime Officer of the Ashaiman District Police Command to confirm the incident to DGN Online said on that Tuesday July 12, 2021 at 6:15am, police received an alert of a communal build up in connection with two alleged criminals being lynched at Community 22 lorry Station.

Upon the information received, Community 22 Police proceeded to the scene and saw two male adults, having been seriously beaten with cement blocks, sticks, claw and other dangerous implement and lying in a pool of blood with various degrees of injuries on their bodies and heads.

Police preliminary investigation in the community revealed that the two alleged criminals tried snatching a lady’s bag whilst they were on a motorbike but the lady raised an alarm, and it attracted mob who came and rescued her and pounced on the suspects after they were rounded up.

The mob thereafter attacked and nearly lynched them as both have since been conveyed to Tema General Hospital for treatment.

Conflict 'behind us', Ivory Coast's Ouattara says after gree...
26 minutes ago