The Police and Military Brutalities in Ghana Lately 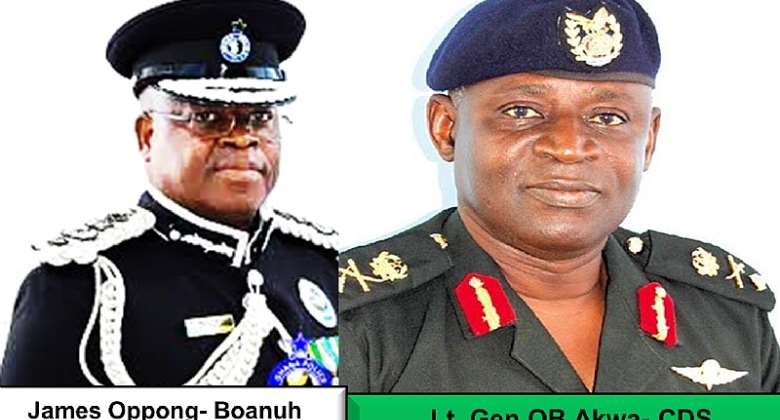 The Police and Military brutalities in different parts of Ghana lately is scary and worrisome. What is more worrisome is the fact that such unfortunate and preventable brutalities are occurring under the watch of a democratically elected leader and not a military junta. One wonders if Ghana’s democratic regime under the 1992 Constitution has become a bitter cake (rule by law) garnished with an icing (rule of law). It is heart- breaking that the brutalities do not only constitute human right abuses in times of peace but they are also leading to fatalities.

One ponders over the Police and Military tortures on the streets with a lot of rhetorical questions. Are there not human right provisions in the 1992 Constitution? Is the Constitution still the supreme law of Ghana? Does it not seem that our political leaders are trumpeting rule of law but practising rule by law? Didn’t the President swear a presidential oath in the name of God, stating inter alia, “I dedicate myself to the service and well-being of the people of the Republic of Ghana and to do right to all manner of persons?” Is the President bound by this oath to ensure that the Police, Military and other state institutions ensure the well-being of the citizenry to the extent of not visiting physical torture on them let alone kill them? Was President Kufuor’s National Reconciliation Exercise a futility or a mere melodrama? Why are some of the living National Reconciliation Commissioners mute in the face of the Police and Military tortures and killings?

In 2001 (when the current President was Attorney-General), President Kufuor set up a National Reconciliation Commission (NRC) with the passage of Act 611 by Parliament. That law came into force on January 11, 2002. The Law’s long title mandated the NRC to “seek and promote national reconciliation among the people of Ghana by recommending appropriate redress for persons who have suffered any injury, hurt, damage, grievance or who have in any other manner been adversely affected by violations and abuses of their human rights arising from activities or inactivities of public institutions and persons holding public office.”

In volume 1 Chapter 1 item 1.2.2 of its report, the Justice Kweku Etrew Amua-Sekyi chaired NRC indicated that the Commission’s work was a major development imperative for Ghana, a country that has been engaged in fostering a culture of respect for fundamental human rights and freedoms as well as rule of law. The NRC furthered in its report that Ghana was not only interested in consolidating and enhancing democracy but also strengthening its governance institutions. But must the institutions become strong just to beat and kill the citizens/civilians as the Police and Military are doing in contemporary times?

The NRC pursued the object of Act 611 of 2001 by hearing and documenting human right abuses and violations perpetrated by various Military Regimes within the periods enumerated below.

If the intent of carrying out the National Reconciliation Exercise was to heal the nation, was the nation healed afterwards? If yes or no, must the people of Ghana still be suffering from Police and Military violations of their human rights in a democratic dispensation under the 1992 Constitution? Should the nation not be more reconciled in an atmosphere of political tolerance especially at the time when the Attorney-General at the time of the National Reconciliation Exercise is now our dear President?

Perhaps it is necessary to establish another National Reconciliation Commission to examine and document the atrocities and tortures visited on Ghanaians by democratic regimes from the period of the Nkrumah Administration to date. Possibly, the revelations may be more shocking than what happened in revolutionary times.

Astonishingly and ironically, some of the National Reconciliation Commissioners such as Most Reverend Charles Gabriel Palmer-Buckle (now Catholic Archbishop of Cape Coast) and Professor Henrietta Joy Abena Nyarko Mensah-Bonsu (now Supreme Court Judge) are still alive and they are hearing of the ongoing Police and Military brutalities in the country especially what happened in Ejura and Wa recently. They are equally aware that some National Security Operatives had tortured some people recently. The National Peace Council and the Council of State are all mute. Must they keep quiet? Mustn’t they raise a reconciliatory voice of caution against these unfortunate happenings? Is the Constitution, 1992 supreme or it is the discretion of the Police, National Security and Military that is now supreme? Is Ghana becoming a failed democracy? Perhaps what is more shameful is that a people that are currently going through economic hardships are being beaten and shot to death by the state security institutions established to protect the same people. The axe must not cleverly use its wooden handle to pretend that it is also a tree and end up shrinking the entire forest by cutting down the trees. Suggestively, Major General Henry Kwami Anyidoho should write another book about his own country and name it Guns Over Ejura after writing Guns Over Kigali in 1994.

Conclusion
To conclude, I am moved to cite verbatim, certain relevant parts of President Obama’s speech to the Parliament of Ghana on November 2, 2009. He said, “Governments that respect the will of their own people and govern by consent and not coercion, are more prosperous, more stable, and more successful than governments that do not. No person wants to live in a society where the rule of law gives way to the rule of brutality and bribery. That is not democracy, that is tyranny, and now is the time for it to end. Africa doesn’t need strongmen, it needs strong institutions.”

I hereby borrow expression from President Obama, twist it in my own rendition and say, Ghana does not need a strong Police, Military and National Security institutions that torture and kill the people, it needs a state security apparatus that protects the people and ensure their wellbeing.

To this end, I beg President Akuffo Addo, the Inspector General of Police (Mr. James Oppong-Boanuh) and the Chief of Defence Staff (Lt. Gen. O.B. Akwa) to make frantic and swift efforts that put a lasting end to the Police and Military torture and killing of civilians. They should do so by handing over the offenders to the country’s prosecutorial and penal system. Justice must be seen to be done.

Persistently, our political leaders should remember this Constitutional provision, “Justice emanates from the people and shall be administered in the name of the Republic by the Judiciary which shall be independent and subject only to this Constitution” (Article 125 (1) of the 1992 Constitution). Also, “…all powers of Government spring from the Sovereign Will of the People” (Preamble of the Constitution, 1992).

Crowd jeers, boos Akufo-Addo on stage; chants 'away!' amidst...
4 minutes ago