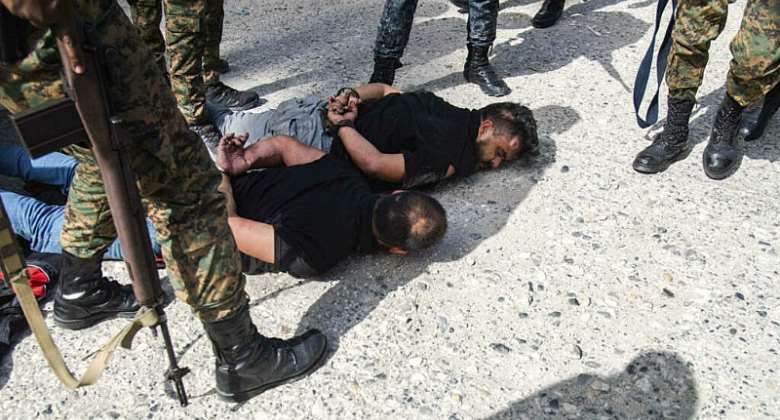 Haitian police announced on Sunday that they had arrested a Haitian national "who had political objectives" in recruiting the gunmen who assassinated President Jovenel Moise last week.

"This is an individual who entered Haiti on a private plane with political objectives," said Leon Charles, head of the Haitian National Police.

The suspect, 63-year-old Christian Emmanuel Sanon, who is of Haitian nationality, arrived in the island nation in June accompanied by several Colombians, according to details provided at a press conference.

"The mission then changed," Charles said, explaining that the intent had originally been to arrest Moise, and the operation was mounted from within the country.

Eighteen Colombian citizens have been arrested since Wednesday. By interrogating them, the Haitian police learned that Sanon had recruited 26 team members via a Florida-based Venezuelan security company named CTU.

"When we, the police, blocked the progress of these bandits after they committed their crime, the first person that one of the assailants called was Christian Emmanuel Sanon.

"He contacted two other people that we consider to be the masterminds of the assassination of President Jovenel Moise," Charles said, without disclosing the identity of the two other suspects.

Members of the US Federal Bureau of Investigation, State Department, Justice Department, National Security Council and Department of Homeland Security arrived Sunday in Haiti and met with the director general of police.

According to Haitian authorities, the 28-member hit squad burst into Moise's family home and opened fire on him and his wife, Martine.

The president was killed and his wife gravely injured. She was airlifted to a Miami hospital for treatment.

Moise's assassination has plunged already troubled Haiti -- the poorest country in the Americas -- into chaos.

Against a background of deep uncertainty over Haiti's political future, world leaders have called on the impoverished Caribbean country to go ahead with presidential and legislative elections slated for later this year.