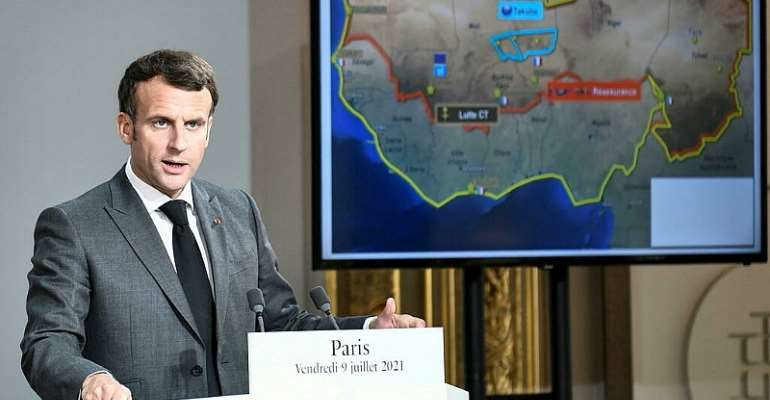 Five civilians, four soldiers and 40 armed attackers were killed on Sunday in a clash in Niger's southwest region near the border with Mali, according to a statement from the authorities in Niger's capital, Niamey.

The "prompt and vigorous reaction" by the Defense and Security Forces (FDS), "made it possible to repel the attack and inflict heavy losses on the enemy", the ministry said, adding that its soldiers had seized motorcycles and a cache of weapons, including AK47s and machine guns, from the assailants.

Tchoma Bangou is located in the Tillaberi region, bordering Mali and Burkina Faso, an area known as "the three borders" that has been regularly targeted by jihadist groups.

Tillaberi has been under a state of emergency since 2017. The authorities have banned motorbike traffic night and day for a year and ordered the closure of certain markets suspected of supplying "terrorists".

Niger has for years battled jihadist insurgencies on its southwestern flank with Mali, as well as Boko Haram on its southeastern border with Nigeria. The repeated attacks have claimed hundreds of lives and forced thousands to flee their homes.

In January, 70 civilians were killed by gunmen in Tchoma Bangou and 30 in the neighbouring village of Zaroumadareye.

Last month, 19 people were killed in villages in the same commune, according to officials.

According to United Nations estimates, there are more than 300,000 internally displaced people in Niger, many of whom fled terrorist violence that has escalated since 2015.

Last week, Friday, French President Emmanuel Macron held a summit with his  counterparts from Mauritania, Chad, Mali, Burkina Faso and Niger - the G5 Sahel - with a view to discussing the security implications of the imminent reduction of numbers and eventual departure of French troops from the troubled region.