On frequent road accidents: How can a mandatory towing levy be a realistic solution? 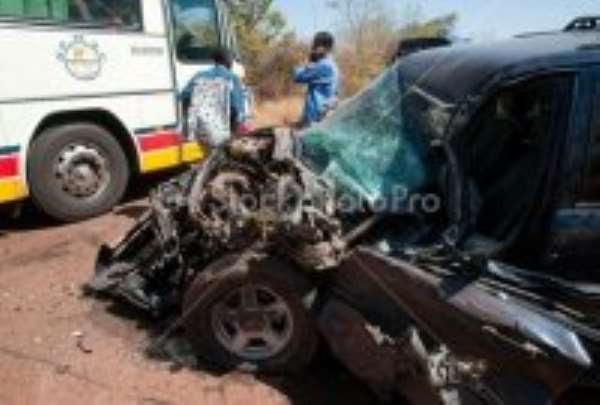 The notion that a compulsory towing levy is an antidote to the frequent accidents on our roads is an impractical idealistic scheme in my humble opinion.

With all due respect, much as we would like to prevent needless and gory road accidents, we cannot and must not burden citizens with extraneous levies.

Yes, the idea is superb, but the approach is boundlessly unreasonable.

Elsewhere, the towing of abandoned vehicles is the responsibility of insurance organisations and other private towing companies.

We could do same here in Ghana. We could enact laws to empower the insurance organisations and other private towing companies to undertake towing services through membership subscriptions.

It should never be compulsory. The towing companies could be empowered to remove abandoned vehicles whose owners do not subscribe to any towing services and bill them accordingly.

In June 1905, four driving enthusiasts in the United Kingdom came together and formed a breakdown service (towing service) company, called the Automobile Association (AA) to protect the motorists and the general public from needless accidents.

In response to the zealous police enforcement of driving restrictions, the group organised teams of cyclists who, through a combination of signals and salutes, assisted drivers to stay safe on the roads and avoid punitive penalties.

A month later, as the group established an enthusiastic following among the motoring community, they settled upon a new name (and it was a real keeper).

As I write, the Automobile Association (AA) boast the largest fleet of roadside patrol vans in the UK, replete with advanced vehicle technology that gets them to drivers in need.

The Automobile Association has since been joined by a number of breakdown service companies, whose primary objective is to remove malfunctioned or abandoned vehicles from the roads.

In fact, their services aren’t compulsory. Suffice it to state that those vehicle owners who choose to stay out of the breakdown service scheme do so at their own peril.

But then again, there is no incentive for vehicle owners not to join a breakdown service company.

In the UK for instance, the local authorities (district assemblies in Ghana) have been authorised to tow abandoned vehicles which are not deemed to be causing and obstruction or to be a danger to the public and then bill the owners.

The local authorities have the right to remove abandoned vehicles and then give the owners a seven days’ notice to pick their vehicles and pay for the cost of removal and storage.

More importantly, if an abandoned vehicle owner failed to comply with the notice, the local authorities could destroy or auction the vehicle.

In the event of a local authority opting to auction an abandoned vehicle, the said owner has up to a year to claim a portion of the amount, less the cost of towing and storage.

On the other hand, the abandoned vehicles which are dangerous or causing an obstruction may be removed by the police under section 99 of the Road Traffic Regulation Act 1984.

Needless to emphasise that the owner may reclaim his or her vehicle from the garage concerned upon payment of the statutory fees.

If a vehicle owner does not have a breakdown cover for their vehicle, they can request the Police to arrange recovery through one of the police vehicle scheme operators.

It is also worth stressing that the fees for the recovery are not regulated within the Police Vehicle Recovery Scheme. The arrangement of the payment of the costs is a matter between the recovery operator and the vehicle owner.

So, in order to avoid the hassle, a vehicle owner could either take a breakdown cover through an insurance firm or from any of the authorised breakdown service companies.

Somehow, in Ghana, we have made to believe that the compulsory towing levy is a new idea, which has never been tested anywhere on this planet.

But the all-important question is: how expedient and pragmatic is the policy?

Indeed, the compulsory towing levy is an impractical idealistic scheme for correcting a sociological problem such as the abandoned vehicles on our roads.

As elucidated earlier in this article, elsewhere, the towing of abandoned vehicles is the responsibility of the insurance organisations and other authorised private towing companies.

Without doubt, we could do same here in Ghana. We could enact laws to empower insurance firms and other private towing companies to undertake towing services through membership subscriptions.

It should never be made compulsory. The existing insurance firms and other private towing companies must be empowered to undertake such services for a fee.

In sum, the towing companies could be empowered to remove abandoned vehicles whose owners do not subscribe to any towing services for a fee. We could also go the way of the United Kingdom by either auctioning or destroying the abandoned vehicles.