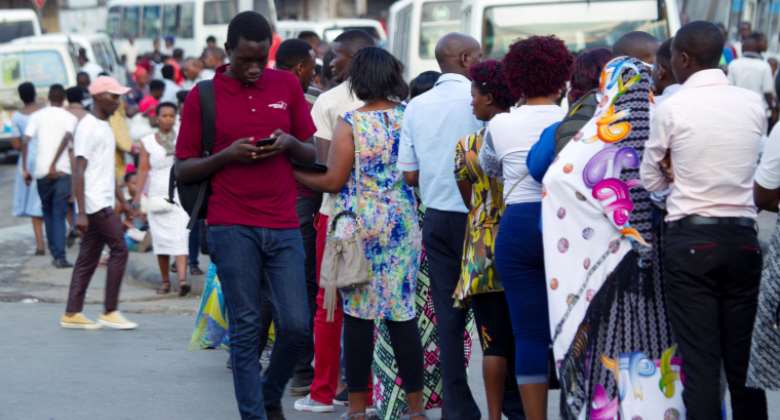 A street in Bujumbura, Burundi as pictured on June 9, 2020. Several media outlets remain banned in Burundi even as the country's media regulator said it would allow two previously banned outlets to operate. (Reuters/Evrard Ngendakumana)

Nairobi July 8, 2021— In light of Burundi’s decision to lift bans on the British Broadcasting Corporation (BBC) and pro-government news site Ikiriho, the Committee to Protect Journalists called on the country to reinstate all banned media outlets. CPJ also expressed alarm at the conditions the U.S. Congress-funded Voice of America (VOA) said were placed on it by authorities for its reinstatement in the country.

On June 16, Burundi’s media regulator, the National Communication Council (CNC), said the BBC, banned since May 2018, could reapply for a license to operate in the country, according to the BBC, the regulator’s statement, which CPJ reviewed, and news reports. The CNC also announced the lifting of a 2018 ban of Ikiriho, according to tweets by the media outlet; reports from 2018 said Ikiriho was banned amid a defamation probe.

Several other outlets are still unable to operate in Burundi, including VOA, which has been suspended since 2018 for allegedly airing content that lacked balance and which was prejudicial to Burundi’s relations with the United Nations, CPJ documented at the time. In a June 23 email, VOA told CPJ that authorities had conditioned the lifting of the ban on the “handing over a VOA Swahili journalist the Burundi authorities want to arrest,” something that the outlet “will not negotiate.” The VOA spokesperson did not name the journalist.

In statements sent via messaging application, CNC Vice President Laurent Kaganda told CPJ that the regulator had not demanded an arrest but that the VOA ban would only be lifted “once the question of the journalist in conflict with Burundian law is resolved.”

“Despite tentative gestures toward allowing more news media to work, the outrageous demand that a journalist be surrendered to authorities before the VOA’s suspension can be lifted and the continued silencing of other outlets show that Burundi remains a fundamentally hostile environment for the press,” said CPJ’s Sub-Saharan African representative, Muthoki Mumo. “Authorities should expedite the restoration of the BBC’s license; lift the VOA suspension without condition; remove all restrictions on other media outlets; and guarantee that journalists can operate freely.”

In 2019 the CNC indefinitely renewed its suspension of VOA, citing the station’s employment of Patrick Nduwimana, an exiled Burundian journalist whom authorities said was sought by law enforcement, as CPJ documented. At the time, VOA told CPJ that Nduwimana was working in its Kiswahili service. Kaganda confirmed to CPJ that Nduwimana is the VOA journalist in question.

In February this year, Burundi’s Supreme Court made public a June 2020 conviction of seven exiled journalists including Nduwimana, who were tried in absentia and without legal representation, for alleged complicity in a 2015 attempted coup, according to a copy of the court’s announcement reviewed by CPJ. In comments published in a VOA report on July 2, Nduwimana termed allegations that he was involved in violence in the 2015 coup as “false and baseless.”

The BBC was suspended from operating in Burundi in May 2018, after the regulator accused it of broadcasting “exaggerated, non-verified, defamatory” comments about then-President Pierre Nkurunziza, as CPJ documented at the time (Nkurunziza died in 2020). In 2019, the CNC withdrew the BBC’s license after the outlet aired a documentary on alleged torture, which officials said was false and slanderous, as CPJ documented.

In an email to CPJ, a BBC spokesperson welcomed the CNC’s statement to allow the station to seek a new license and said that the broadcaster “look[s] forward to working out what the next steps are” in negotiations. In his June 28 messages to CPJ, Kaganda said that the CNC was still waiting for the BBC to submit a request for a new license, and that the regulator would respond to such a request in a day, followed by discussions about “the rights and obligations of the BBC and CNC” before the broadcaster can reopen in the country. Reached via messaging app, Ikiriho director Philippe Ngendakumana declined to speak to CPJ.

Among the other outlets banned in Burundi are the privately owned Radio Publique Africaine, director Bob Rugurika told CPJ via messaging app, and the privately owned Renaissance Radio and Television, director Innocent Muhozi told CPJ via messaging app. They said that both stations, now operating from exile, have been unable to operate in Burundi since 2015. Rugurika and Muhozi are also among the seven exiled journalists convicted in absentia for alleged involvement in the 2015 attempted coup.

When asked about the status of these two stations, Kaganda claimed the outlets had failed to respond to a February 2021 invitation to a meeting between the CNC and banned media, to discuss reopening. Rugurika and Muhozi told CPJ that their stations had not received any communication from the Burundian authorities.

In February, the CNC promised to lift a 2017 block on the website of the independent media group Iwacu, according to a report by the news outlet. Even though Kaganda claimed that the website has been unblocked in Burundi, a June 22 report by Uganda-based digital rights group the Collaboration on International ICT Policy in East and Southern Africa (CIPESA) said the site remained inaccessible in the country. Speaking via Messaging application, Iwacu’s founder, Antoine Kaburahe, told CPJ that as of July 6 the news site is only accessible via the use of virtual private networks (VPN) or a mirror website.

Last year CPJ wrote to Burundi’s president, Évariste Ndayishimiye, weeks after he took office in June 2020, calling on him to break with the country’s history of media repression, including by lifting media bans and discontinuing criminal cases against journalists. Four Iwacu journalists were pardoned and freed in December after more than a year of imprisonment, according to media reports. However, on June 21, CPJ and 11 organizations noted that “the media environment in Burundi remains severely restricted,” in a joint letter urging the European Union to prioritize human rights in ongoing diplomatic negotiations with Burundi.

Reached via telephone on June 24, presidential spokesperson Willy Nyamitwe asked that CPJ call back in 10 minutes. He did not answer subsequent calls from CPJ on June 24 and June 25, and has not responded to questions sent via text message, an email from CPJ, or to a message submitted through his personal website.