A Taste Of Religious Tolerance 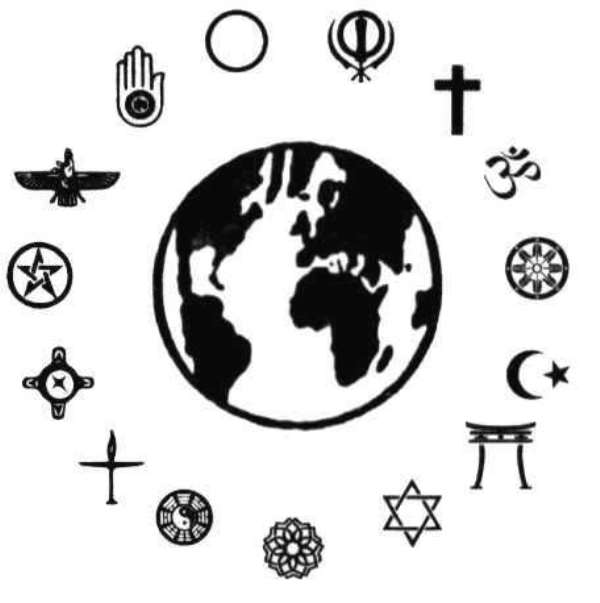 The new day came impregnating us with sperms of a shopping spree. Ankrah called in order to aver what he had said yesterday; he implored me to assist him buy a home appliance in town. I joined up with him quickly after getting his confirmation. We met at the station. Since the “trosky” was delaying, we chartered a car online — it was Bolt. Choosing it was due to its flexible charges. Not far from the truth...from La to Adabraka cost 10 cedi only. Had it been the usual taxi, we would have paid a fare circa 20 cedi. The car arrived in four minutes, upon request. We embarked on our buying spree, spiritedly grinding on.

Let me gloss you over our innocuous chitchat. It’s peeking at a well-packaged embodiment of a beautiful ‘tilapia’ joint on our way. Ankrah argued “it’s all about the packaging,” whereas I was also factoring other things into consideration. (Sorry, if you didn’t get the intuition). We had so many things going on in our brains. You know young men in their twenties. All they would be wishing is owning a property. At least Camry or a consolable Picanto car isn’t bad at all. These conversations made our trekking to town euphoric. The driver also shared his experience with us. Well, the driving business was his second source of income. He is a cooperate man in his thirties, yet driving us. Nonetheless, we knew very well that he was far better oriented in business than any of us. We merited some free advice from him. Fortunately, we got to our destination successfully. It was a traffic free day coupled with drizzling. For those who are lawfully married, they would say, ‘the weather was demanding for four legs.’

God being so good, Ankrah had been able to rent a room but now furnishing it steadily. Today’s transaction was purposely to buy an Air-conditioner. Since the bargaining had been done already online, we didn’t waste much ado. We therefore bought a 1.5Hp Nasco Air-conditioner and went our way. When we got to his new place, the appliance was placed at a safe place, because it would not be installed that very day. There was the need of buying a sofa. In the interim, it had gotten to our attention that Dzartei, our colleague, had gone for a locally made sofa. Admittedly, he had rented an apartment some two months ago, so we left to his place to see what he had gotten for himself.

All this while, I had plans of renting a place, with my very poised budget. (Remember, we are not in normal times). Anyway, renting in Accra is a form of robbery. Landlords will take you two years advance. Even so, some of the rooms they have prepared to offer have been in existence for over four decades, dilapidated with no proper washrooms. If you’re lucky enough, you could get a chamber and hall with the washroom outside the room, at some corner in the house. One that you would share with other occupants and/or tenants of the house. That said, if you’re unfortunate, you would have to pay and bath. You would also do “number two” outside. (The “matter chop hot”, right?). Dzartei’s hood wasn’t far from where Ankrah had rented so we trekked to his place soberly. In about five minutes, we arrived at his location.

I had gone to pay for a room already, but due to its exorbitant price I went for my money to be given to me back. I dare not kill myself. The thing is, I was brusquely broke — I was on a hand-to-mouth schedule for my upkeep. Formally, my ideal budget was hovering around 270 cedis monthly, or “kwatakwata kraa” 300 cedis. Dzartei walked in with his macho looking body — he is well built, unlike Guda (Ankrah) who is my pieRsquare. When he welcomed us to get inside, I had a conviction that Dzartei had made a good choice. Guys, the room has futuristic designs — well planned and segmented. It was freshly built. Lo, the price I had paid earlier, in the former location which is within this same area wherein Dzartei is now residing was even expensive than what he had paid for. Comparatively, his place is a semblance of heaven. The painting, the sofa arrangement, washroom, kitchen layouts, and the environment, I nearly coveted his property. But I shelved my shenanigans.

I sprawled myself in his sofa. With all jokes aside, I can testify with my ‘balls’ that his sofa had good quality texture and density which commensurate with the exotic sofas sold at Melcom. (Locally made products are also durable so let us patronize it). Ankrah went straight to the kitchen. He had seen cornflakes and “atakpa” milk in the fridge thus he wanted to dissipate Dzartei’s resources. (Don’t mind Ankrah, he is the best food therapist). He brought whatever he had fetched into the hall to hanky-panky me. My thoughts weren’t on what he was busily eating — I was guesstimating how I could also get a place nicer like Dzartei’s. He played us some musical interludes to see how bashing his sound system behaves. I nodded my head in return, because I had let go off my dancing moves. (I’m being serious).

It was by then, my phone’s Azan (call to prayer) beeped incessantly — informing me that it’s time for prayers. The early afternoon prayer has passed. Now it’s time for the late afternoon prayer. In other words, the 2nd and 3rd prayer of the day, and I have not observed any of these prayers. Good to know, my friends are staunch Christians. They love Jesus (as) mannerly like I do. And oh, we are proud Ga(s), too. Thus we eat “Kenkey” with passion. The common tongue is what we do speak. I started wondering now. They know I don’t fiddle with my prayer, not at all. There is a great reverence we dole to each other, irrespective of the divergent religious beliefs we uphold. Religion hasn’t divided us, even though we have a prevailing Christian population at La. Thenceforth, I hastily got out of the room, and left them inside to go get a sachet of water to perform ablution. Regardless of my location, I still have to pray. When I was done with the purification, I stalemated on praying outside because I wanted them to have their peace. It should be noted that this was my first time visiting Dzartei’s at his new place so I didn’t want to interfere with his privacy. The outside too, however, there wasn’t any place for me to pray, unless I settle on praying on the bare floor which would ordinarily soil my dress, and all. At this juncture, I was handcuffed by an abeyance — looking at the next available option.

In the nick of time, I went back to the hall just to inform them that I would be praying outside, and that I would be with them in a jiffy. Briefly after opening the door, I coincidentally chanced on Dzartei, who was standing there holding a newly purchased prayer mat (which is even far beautiful and comfortable to be prayed on than what I use at home). Dzartei, with alacrity, he said, “‘Imam’, I have a lot of Muslim brothers so I’ve bought this prayer mat to provide convenience for any of you who would be here and would like to pray in my room whenever the time is due. Luckily, nobody has used it so you’re the first to step on it.” I was inundated with smiles. Flabbergasted. Keen within. My heart and soul got married to ecstasy. Not long ago I have asked him for an iPhone charger to fetch some life into my phone, but he said he is not having one. That notwithstanding, he has procured a prayer mat for his Muslim friends. Dzartei tacitly knows what we need most.

This brought to mind an indelible history about the peaceful cohabitation among Muslims, Christians, and Jews during the time of Prophet Muhammad (ﷺ). In fact, I immediately transposed myself to the days when a Christian King, bearing the title Najashi of Abyssinian, saved the Muslims who fled from the hands of the fluff-headed pagan Arabs, and had taken refuge in the king’s land. Furthermore, there are avalanches of ‘ahadith’ which have foretold and even shown people whom were blessed with paradise despite the ‘question marks’ society has put on them. One of such was the prostitute who offered water to a thirsty dog, using her shoe to fetched from the well in a farther distance, just because she saw the dog’s protruded tongue signalling that water is needed direly to quench its thirst. This is a prostitute. Undoubtedly, supposing she is arraigned before you and I our court of appeal, which is full of stereotype and prejudice, would we not consign her to hell fire because we are the custodians of paradise? The Creator revealed to His Messenger (ﷺ), following her act of kindness that He has granted heaven to the town helper. Therefore, all her sins have been forgiven. With hindsight, you would agree with me that Dzartei depicted an infectious sense of religious tolerance. I can’t stop thinking about it. His deed was angelically sublime.

In brief, all I could say is that we should endeavour to emulate his style of understanding and selflessness. Let us be conscientized that religion wasn’t made to polarize us like ‘Politics’. Rather tailored to unite men towards one common goal. In essence, Ecclesiastes chapter 12:13, in the King James Version of the Bible said: “Let us hear the conclusion of the whole matter: Fear God, and keep his commandments: for this is the whole duty of man.”

Story by yours only,

What are 'Blue Kiosks' doing at lorry stations if not carele...
1 hour ago

Asiedu Nketia, Jean Mensa, others to be cross-examined in Te...
1 hour ago