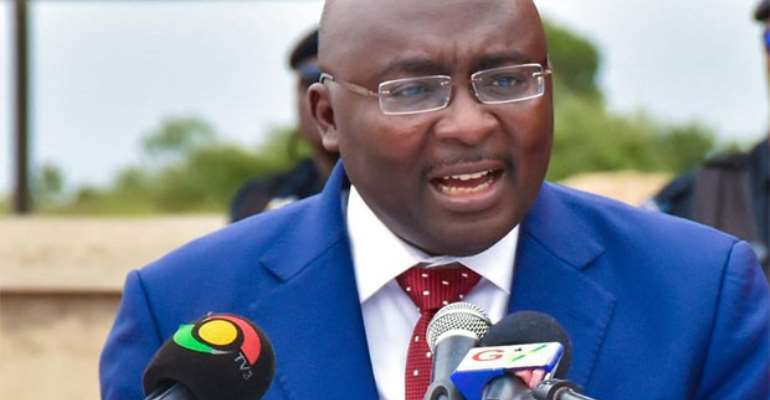 Please ask any Dagbanli or Hausa speaker for the translation of Karambani.

His Eminence, the National Chief Iman (NCI), Sheikh Nuhu Sharubutu is one of, if not, the most respected Ghanaian citizens alive today and revered by many, as well.

This is accepted by all faiths and ethnic groups in Ghana. He exudes much spiritual and moral authority. It’s been so for many decades. An aura of righteousness and purity now surrounds him, which his centenarian age only helps burnish. A true Ghanaian icon, when he attained his 100th milestone a couple of years ago and decided to celebrate it with the priests of the Christ the King parish in Accra, it was a gesture worthy of a Nobel Peace Prize nomination.

Such an icon should be insulated from partisan politics. His advisors must fight off the temptation of allowing him to be exploited by politicians for their partisan gain. We could do more with such people in Ghana today to help reset the buttons of “amamre” or “ta’ada” that have totally gone haywire.

His Eminence on his own moral and spiritual authority, has earned the right to arrive at an opinion, pronounce on an issue or mediate any number of national matters of concern that should come to his attention, without being exploited by any political or parochial interest. For any such exploitation, there should be a huge “KEEP OFF” sign around the NCI’s office. He is way beyond cheap political point-scoring capers and with his advanced years, we must constantly empathize on the limitations placed on such very senior citizens. Very few people are blessed with such years and when they are, they become automatic patriarchs and matriarchs deserving of our respect and admiration, not exploitation…

Some politicians also fail to absorb the fact that an election result propelling them into office, does not accord them respectability, superiority and the right to impunity to do what they like with venerable national icons. An election leads to offices that call for service, modesty, humility and good manners. When we stand up for such people, it is NOT for their persons, but for the offices they occupy, which in principle, we all buy into for stability and authority of state. How they often forget that! They preen, prance and pirouette about as if they owned us. They do NOT! It is simply each citizen’s portion of our common honour that we cede to them temporarily to coordinate our commonwealth. Indeed, some of them get there through very questionable electoral and judicial processes.

It is not an accident on the part of the constitution to leave out issues of appellation like “Excellency” and “Honourable” from its directives of state principles. You cannot be forced to refer to a president as Excellency or to an MP as Honourable – or indeed to a former diplomat like me, as HE. These are conventions requiring excellent and honourable behaviour from the occupiers of those offices to give them meaning and legitimacy. Some elected and appointed officials do get carried away and end up misbehaving in ways that make them think they can push rest of us about.

After causing their own insecurity and political mess at Ejura recently, Dr. Mahmoudu Bawumia, (obviously feeling that superior and responding to the command of his boss, Mr. National Cathedral of Ghana), makes a beeline to the NCI to lead him to Ejura to do the fence mending that they should be doing on their own. There is no denying the fact that the NCI has a role to play in that fence mending exercise – Ejura being a major population centre of Moslems, but it should be done under his own brand and standard and not as a politically branded mediation mascot. Many people have been put off by that! I am one of those people. I cannot post audio reactions here but I have seen some clips hopping real mad against Bawumia for his temerity! In fact, one such clip cited Bawumia as being un-Islamic. Too harsh, perhaps, but you see how far such things can go.

Dr. Mahmoudu should know better than that, but the young man, filled with the hubris of partisanship and arrogance of office sees himself as a co-equal of the NCI leading to his irreverence. The images on television showing him in a photo-op with the NCI distributing money in such an embarrassing and demeaning fashion could not have been missed by even the most ardent apologist of the caper. The NCI gives and receives “Sadaka” all the time without cameras and his prayers are no less efficacious as a result of that. Dr. Bawumia has over the years become something of an irritant, shrilling so much verbiage (against his political opponents, especially President Mahama) as to have earned the moniker of “Bawumliar”. That’s something of a shame because that name refers to listening, an honourable quality to aspire to…

Just a few more words: Ghana is today a country wallowing in the quagmire of bad language, vicious insult and disrespectful diatribes. There is no temperance in the written or spoken word and over and over, we are hearing laments of “mpeni fuo ne fie”. Right, where are they?

Mahmoudu, from his high office, may have scored a little cheap political point for his party by exploiting the NCI, but he has also added a major tear to our already tattering social fabric. I think, I would be within decent limits if I shouted “Shame on you and Karambani lana, adaba la”, in other words, “Wo ani ensɔ adea, na saa.”

Struggling to find words for my concluding paragraphs, I have been wondering why and how it is taking the Muslim and Zongo communities/leaders so long to wise up to how some politicians use them as cannon fodder. Any wonder then that a Muslem like Dr. Mahmoudu Bawumia, can trod on this path of disrespect regarding the icon of respectability for Ghanaian Muslims? And by the way, what does he think of his boss’s highly sectarian “national cathedral”? He has been so loudly mum on that one…

It would do Dr Bawumia much good if he could pipe down and take inspiration from the illustrious heritage of Kow Nkensen Arkaah, John Atta Mills, Aliu Mahama, John Dramani Mahama and Paa Kwesi Amissah-Arthur, which he’s been spurning.

Tunisians in largest rally against president's 'coup'
13 minutes ago