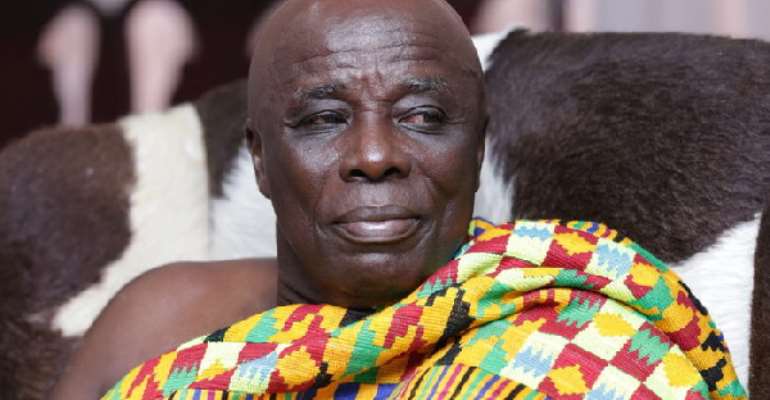 We shall go straight to the point since you are an honourable and very sincere traditional leader, who prefers plain speaking. Sir, with the greatest respect, we cannot, and must not, allow, the priceless treasure of Okyenman, Kwaebibirim, to be destroyed, because of bauxite mining. No. No. No. It must never happen. Full stop.

Nana, the time has now come for the Atewa Forest Reserve, to be turned into a protected national park. Those clever folk, who went to China to trade it off as part of the collateral for a loan of some U.S. $2.5 billion, had no right, whatsoever, to sell the birthright of Akyems, without first consulting us. Nana, Okyenman di3, y3n enma ensei, da, oooo.

Sir, in so doing, the clever politicians who went to China to trade off Kwaebibirim, disrespected us, the people of Akyem Abuakwa - they also disrespected you, our current traditional leaders, too, and, worst of all, committed sacrilege, by insulting our ancestors in daring to trade-off priceless Kwaebibirim, for a Chinese loan deal. Monstrous, if truth be told. Abominable. Unpardonable. Unspeakable.

Nana, those of us who have personal contacts, and global networks that include some of the world's best ecotourism-as-conservation brains, which can be placed at the disposal of the Akyem Abuakwa State Council, applaud and salute you, for making the irrefutable-and-indisputable point, that Kwaebibirim's wondrous flora, and fauna, make it one of the world's most important outdoor-living-laboratories, for biodiversity research - and that as a protected national park in which all mining is banned, can most definitely unlock precious value, as natural capital, to fund the development of Ghana, as a world-class ecotourism destination: serving as a solid green economic-pillar for Akyem Abuakwa, creating wealth that remains locally, and generating jobs galore, for our younger generations. Nana we salute you - wu y3 bue ankasa. Okyenman dawuasi paaa. Case closed. Perfect.