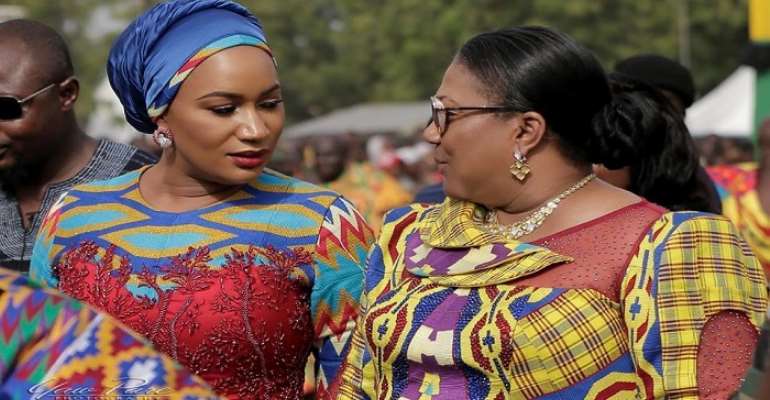 President and Chief Executive Officer of IMANI Centre for Policy and Education, has opined that a specified definition be made clear on the roles of spouses of President and Vice President.

This follows a recommendation by the Presidential Committee on Emoluments that spouses of President and Vice President be treated as Cabinet Ministers under Article 71 of the 1992 Constitution which has been approved by Parliament.

However, Franklin is of the view that the roles and duties of the 1st and 2nd ladies be formalized before any payment of salaries and other benefits be made for them under Article 71 of the 1992 Constitution.

Speaking on Ekosiisen on Asempa FM, Franklin Cudjoe maintained that, he’s not against the recommendation but “If this is what we want to do, we should define their roles for them and hold them accountable.”

The recommendation has since come under scrutiny by some members of the public who argue that the move is a clear violation of the 1992 constitution.

Also, the Editor of the Insight Newspaper has described the move as illegality and an affront to the 1992 constitution.

Two MPs for South Dayi and Builsa South, Hon. Rockson Dafeamekpor, and Clement Apaak respectively Sued the Attorney General on Thursday in that regard.

The applicants among eight reliefs seeking a declaration that upon a true and proper interpretation of Article 71(1) of the 1992 Constitution of Ghana, the Prof Ntiamoa-Baidu Committee had no jurisdiction, mandate or authority to make any recommendations in respect of salaries, allowances payable, facilities and privileges of persons other than persons specified under Article 71 of 1992 Constitution, unconstitutional and void.