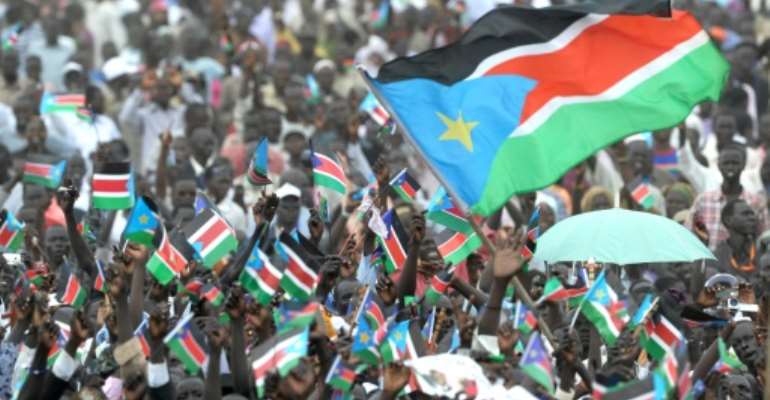 South Sudan marks a decade of independence on Friday but there is little to celebrate in a country crippled by civil war, chronic instability and desperate hunger.

At midnight on July 9, 2011, raucous celebrations erupted as the world's newest nation was born and the people of South Sudan cheered the end of a decades-long struggle for statehood from Sudan.

Just two years later South Sudan was at war, the task of nation-building forgotten as its liberators tore the country apart, dashing the great expectations of a peaceful and prosperous future.

Close to 400,000 people would die before a ceasefire was declared in 2018 but the country has struggled to heal and is more fragile than ever, confronting looming starvation, political insecurity, economic ruin and natural calamities.

"The first 10 years of this young country's history have seen much suffering," said a joint statement from Britain, Norway and the United States.

"We commend the commitment many have shown in working together to build a brighter future, so it is deeply saddening that the promise of peace and prosperity that independence represented remains unfulfilled."

President Salva Kiir is expected to address the nation but there are no government events to commemorate the tortured decade that has passed.

The anniversary has been marked only a few times since the great expectations of independence, with the last formal celebrations in 2014.

Friday's 10-year milestone will be equally as muted, with a fun run in the capital Juba likely to be the only nod to the day.

The government has instructed the public to celebrate in their homes, citing the risk of the coronavirus pandemic.

But Kiir said the cash-strapped state was is no position to celebrate, blaming international sanctions for keeping South Sudan poor and prosperity out of reach.

"People are hungry. Whatever resources that we have can be mobilised for the celebration (but) that would disappoint our people," he told Kenyan broadcaster Citizen TV on Wednesday.

South Sudan enjoyed immense international goodwill and billions of dollars in financial support when its people voted overwhelmingly in a 2011 referendum to secede from the north.

But its leaders failed to stem corruption, and the new South Sudan was looted rather than rebuilt, as huge sums from its vast oil fields were syphoned off and squandered.

The power-sharing arrangement between Kiir, a former military commander from the Dinka ethnic group, and his deputy Riek Machar, a rebel leader from the Nuer people, has kept fighting between their forces largely at bay since the ceasefire in 2018.

But the old foes have violated past truces and progress on this latest accord has drifted, exacerbating distrust between the pair and raising fears of a return to fighting.

The "unity" government they belatedly formed in February 2020 under great international pressure is weak, while other crucial measures designed to avert another war have not been fulfilled.

Though the peace accords paused the worst of the bloodshed between conventional armies, armed conflict between rival ethnic groups has surged in ungoverned areas, exacting a civilian death toll not seen since the war.

The political inertia and broken promises also come as South Sudan reels from economic chaos, with soaring inflation and a currency crisis, and faces its worst hunger crisis since independence.

"Despite some lost opportunities, it is never too late to invigorate the peace process so that humanitarian assistance is more effective, and conditions are created where development activities can have broader and greater impact," said Matthew Hollingworth, country director for WFP.