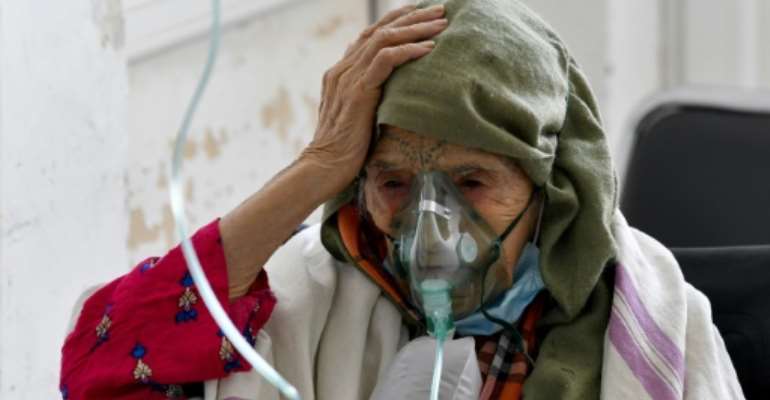 A woman with Covid-19 receives oxygen at the Ibn Jazzar hospital in Kairouan on July 4, 2021. By FETHI BELAID (AFP)

Tunisia's health system has "collapsed" under the weight of the Covid-19 pandemic, the health ministry spokeswoman said on Thursday, describing the virus's affect on the country as "catastrophic".

On Tuesday alone, Tunisia recorded 9,823 cases and 134 deaths, its worst daily toll from the virus.

Hospitals in the north African country have seen a significant influx of patients over the past two weeks.

The country of approximately 12 million inhabitants has suffered nearly 465,000 cases and 15,735 deaths.

"The current health situation is catastrophic," spokeswoman Nissaf Ben Alya said, in an interview with a local radio station.

"The number of cases has risen dramatically. Unfortunately, the health system has collapsed," she said.

Ben Alya said hospitals are overwhelmed, and it is difficult to find available beds and oxygen supplies.

"The health situation will get worse if efforts are not united," she added.

Some bodies of Covid victims have been left lying in rooms next to other patients for up to 24 hours, because there were not enough staff to organise their transfer to overstretched mortuaries.

Since June 20, authorities have imposed a total lockdown on six regions across Tunisia, including Kairouan, as the number of Covid cases spiralled.

The capital Tunis has been placed under partial lockdown since last week, with weekend lockdowns from July 10 to prevent crowding at beaches.

Across Tunisia, only four percent of the population have received the full two doses of vaccine.