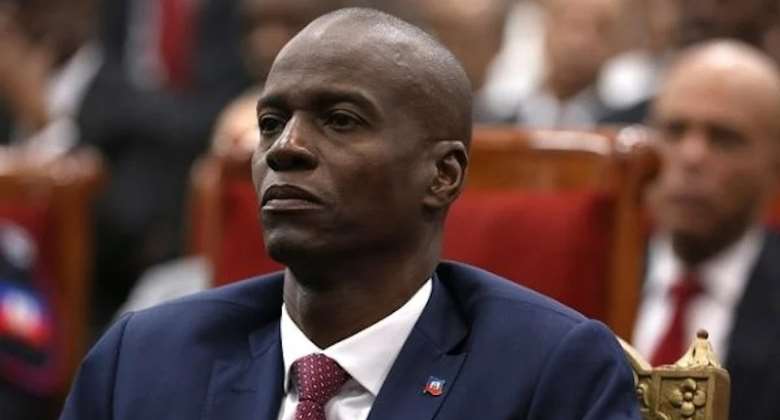 The People’s Democratic League (PDL) condemns in the strongest terms the brutal assassination of the President of Haiti, Jovenel Moise.

According to reports, unidentified gunmen shot and killed the Haitian President on the early hours of Wednesday July 7th, 2021 at his residence on the outskirts of the capital, Port-au-Prince. His wife, Martine Moise, was wounded in the brazen attack.

The PDL expresses its deep sympathy and condolences to the bereaved family and friends left behind, as well as to the great people and the Government of Haiti. President Jovenel Moise had been in power for four years, and his assassination brings to fore serious concerns for the stability of Latin America.

No immediate reports as to how the gun men gained access into the President’s home, or whether they took away anything or what the motive of the cowardly, despicable and criminal act.

We are calling on the government of Haiti to show commitments and investigate the alleged assassination of President Jovenel Moise. This is one incident that should not be allowed to lie low and we also call on the United Nations to help investigate the matter with a sense of urgency. No reason was given for the assassination of the Haitian leader at the time of issuing this statement.

The People’s Democratic League (PDL) is appalled by this terrorist act and calls the government of Haiti to ensure that the perpetrators of this heinous act are apprehended and brought to justice. We call upon the Government, the political leaders, the Armed Forces and the people of Haiti to remain calm, exercise restraint, maintain stability and constitutional order and respect the rule of law and the democratic process.

The People’s Democratic League (PDL) has followed with great concern the recent political difficulties in Haiti and reiterates its firm view that there never can be any justification for the use of force to resolve political disputes and that political assassination is a completely terrorist act.

The People’s Democratic League (PDL) has always strongly supported efforts to establish and strengthen democracy in Latin America and elsewhere in the world and to ensure social justice and respect for human rights, and is dismayed by this barbaric act. Our position is clear, and as a democratic organ, the People’s Democratic League (PDL) urges all parties in Haiti to resolve their disputes through political and peaceful means within the framework of its democratic institutions and opposes any attempt to change Government through unconstitutional means.