All eyes on "That Kintampo Boy" - Why Kintampo North is rooting for this young Medical Doctor to be the next MCE? 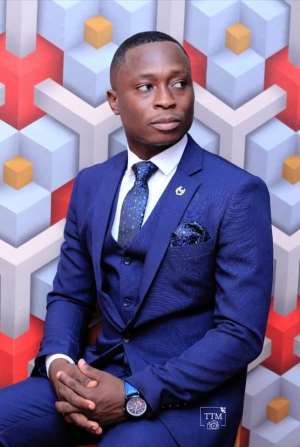 The final names selected by the vetting committees for the next Metropolitan, Municipal, and District Chief Executives (MMDCEs) positions is expected to be released soon.

And as it was in the beginning stages, the attention of many a Ghanaian keenly following this political process is on the Kintampo north municipality, where a young medical doctor is tipped by many political watchers to be the likely choice for the respected portfolio of the municipal chief executive ahead of the other six strong candidates vetted at the national level, if given the nod by the president.

The young Dr. Taminu Dary Bawa, affectionately know back in his school days as: "That Kintampo Boy" is a former SRC President of University for Development Studies (UDS), in the contest for the Chief Executive position of the Kintampo North Municipality, can be likened to the parable of the Young Seer whose wisdom belies his age.

A brilliant born-leader young man who is an inspiration to the youth of the municipality and across Ghana, from intelligence picked, he amazed and held spellbound the vetting panels from the regional to the national level so much so that, it'll be a little surprise if the president of the republic mention his name as the new Chief Executive for the Kintampo north municipality.

Also on the ground, amongst the constituents, even across the political divide, almost all people spoken to were of the view that Dr. Taminu is the fascinating unifier who will as a magnet endear people to the New Patriotic Party (NPP) and increase its electoral fortunes in future polls.

The young Seer in Dr. Taminu Dary Bawa is making his presence felt in the Kintampo North Municipality with a master plan that will propel to the status the indigenes and by far what all Ghanaians dream for.

In his eight-point thematic manifesto, and abridged as follows:

Human capital Development, Infrastructure, Commercialisation of Agriculture, Industrialization, Tourism, Peace and Security, Health and Education; the young Doctor who currently works at the Tamale Teaching Hospital is the Young Seer Kintampo North Municipality will not mistake to let go if we're to focus our eyes on the hidden treasures of the land.

A man without values is full of air. But one with values that is human development centred as in line with the 2020 manifesto vision statement of the sitting president: "Leadership of Service; Protecting our Progress, Transforming Ghana for All", is a gem worth preserving. That one who philosophically says: "any form of politics that does not add values to the lives of the people is not worth pursuing", is the peaceful, witty young Dr. Taminu, a unifier and progressive leader at that.

As a former SRC President of the University for Development Studies (UDS), and the successes chalked by his administration in the 2016-2017 academic year, coupled with his energetic campaigning nationwide, that saw the party making gains in areas up north, Savanna Region in particular, that were political minefields for the biggest opposition National Democratic Congress (NDC), but the NPP jumping from one to three parliamentary seats in the last elections, Dr. Taminu is the Chief Executive the Municipality, his nativity, has waited for to lead into the promised land of a unified force to promote and facilitate the development plan of President Nana Akuffo Addo's government.

At his age, Dr. Taminu boasts of envious history as the youngest medical doctor in a group of health personnels who volunteered in organising medical outreaches across the length and breadth of Ghana prior to the 2020 elections. And that also comes in addition of he being the youngest member amongst the NPP campaign team in the 2020 elections that gave a hard fought for victory to the sitting president Nana Addo Dankwa Akuffo Addo in his second bid at the presidency.

Ghana today craves for youths in leadership positions, and as youth advocates in Africa, it's not just a youth per nomenclature or name we clamour for, but the youth with the track-record and requisite capabilities to spot and deliver the needs of the populace. Hence we rallying behind Dr. Taminu Dary Bawa for the Kintampo North Municipality's Chief Executive, for he fits the bill, and simply, he is heavy.

Today, as Dr. Taminu seeks to pick another leadership role in the party as the Municipal Chief Executive for the Kintampo North Municipality, if he is given the nod by His Excellency the president, and justifying why we place our bet on this young achiever, we present below the abridged version of the earlier curriculum vitae and résumé published about him for the curiosity and support of readers.

His CV and Political engagements are briefly summarised as follows:

1. He is particularly gifted and multitasking, he holds an MBChB and BSc Human Biology degrees from the University for Development Studies and currently pursuing two MSc degrees with the UDS and KNUST (ie Master of Public Health,M.A Public Administration respectively)

Where he played an integral role in carrying out free medical outreaches to constituencies in the Bono East, Savannah and Upper East Region during the 2020 electioneering period

6. Student Financier of UDS TAMALE CAMPUS TESCON activities during from days as SRC President in 2016/2017 Academic year to date

8. As a Son of Chairman Bawa Peace ( Former NPP Constituency Chairman, 2009-2017), he has being an active grassroot mobilizer all his adult life because he followed actively while his Dad led the party in opposition. His background as developer adds a feather to his cap.

In addition to English, He speaks fluently Mo, Gonja, Twi and Hausa. He therefore comes with the neutrality and diversity that is needed to unite the party at such a time as this.

He therefore brings on board worth of experiences in leadership and human relationships traceable to his days as SRC PRESIDENT at UDS TAMALE CAMPUS.

"That Kintampo Boy" stands ready to serve and help his party and constituency to make the party appealing to his constituents towards the achievement of the President's vision Contained in the NPP 2020 manifesto- "Leadership of Service; Protecting Our Progress. Transforming Ghana for All".

*The Founder of The New Africa Movement*