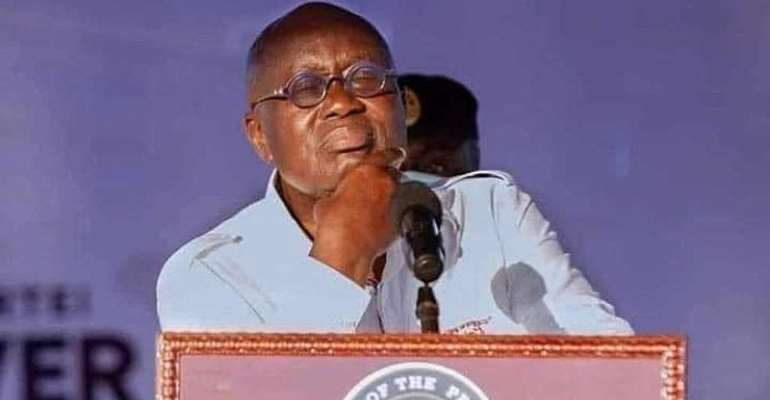 The battle for who becomes the Metropolitan or Municipal or District Chief Executive in your area is far from over as some bigwigs in the ruling party are relentlessly pushing for their favourite candidates.

It does appear from information being gathered that the broader interest of the party, especially as it readies to break the 8, is no more being factored into consideration but rather individual ambitions seem to override all other things.

Deep-throat sources at the Presidency say some sitting NPP Members of Parliament are putting undue pressure on President Akufo-Addo to nominate people they consider to be their "favourites" for appointment as MMDCEs.

The underlying objective, the source told this reporter, is to ensure that they are protected from losing their seats in the next parliamentary primaries.

"Whereas President Akufo-Addo is looking at the broader interest of the party and the nations as a whole, the MPs are only focusing on their personal interest", the source stated.

It added, "the incumbent MPs are just thinking about how they can manipulate the MMDCEs to their advantage."

In separate interviews, some leading members of the party said it would be politically suicidal for the President to bow to the pressure being mounted by the MPs.

"I believe that if you are an MP and you want to retain your seat, you need to work hard and lobby for development into your constituency. You don't perform poorly as an MP and think that your DCE is responsible for your defeat", one leading member of the party told our correspondent on conditions of anonymity.

Taking a cue from the previous elections where the NPP escaped defeat by a slim margin, He said the party risks losing the next election if the MPs are allowed to bulldoze their way through.

Another party functionary noted that the NPP is blessed with a lot of qualified and capable people so the appointing authority should look beyond what the MPs are forcing down the President's throat and indeed all Ghanaians.

Meanwhile, the sourced noted that the party’s grassroots are losing patience over the delay in the release of the MMDCE nominees.

They are particularly worried about how some “unscrupulous and greedy parliamentarians” are threatening to boycott Parliament should the President refuse to consider their candidates for the impending MMDCE's appointments.

“The MPs are rather pushing this agenda in order to impose their favourites against the wish of the people so that, they can manoeuvre their way through in the next elections, especially the parliamentary primaries. We will never allow this to happen because it can jeopardize the party’s electoral fortunes in 2024 general elections," the source emphasised.