From Ashes Of Genocide: The Rwandan Story 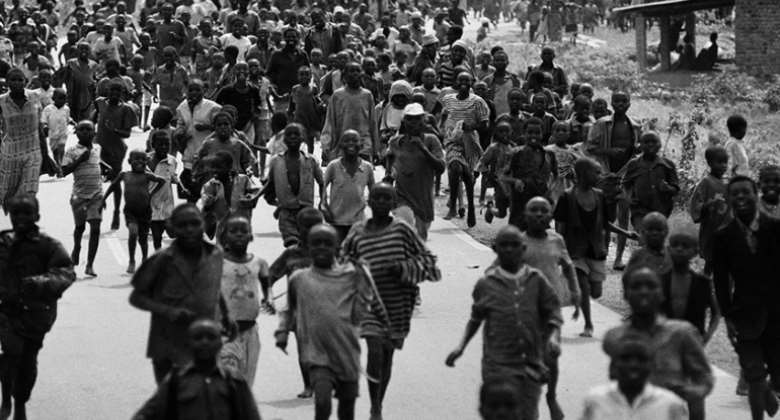 The Rwandan genocide happened only 27years ago, so the memory is fresh in the minds of every citizen. As a result, the people, subconsciously, are being guided by the horrors so they see antagonistic arguments as potential spark for conflict and possible civil strife.

Due to their recent-past history, they have made a conscious effort, as a people, not to allow self-seeking fools, masquerading as political messiahs, to sow seeds of chaos among them.

The typical Rwandan sees a typical politician as an anarchist, hence, the total support for Paul Kagame who, though in exile in Uganda, led a group of armies to stop the Rwandan genocide, when the international community had completely abandoned the country, with 800,000 Tutsis and moderate Hutus being slaughtered by hardlined Hutus within first hundred days of the genocide.

Under the leadership of #PaulKagame, Rwanda holds the global record of having the highest number of women parliamentarians (62%). The country's has the cleanest environment in the whole of Africa, and among the top 5 globally.

Law and order works with the precision of a surgeon's knife; corruption is near-zero because the punishment for same is swift and ruthless.

The President holds annual meeting with his ministers where each of them is required to account for his/her stewardship according to laiddown KPIs. Any appointee that falls short is giving marching orders, there and then. And this event is telecast live on national television.

This accountability forum is relocated at the local levels, where at durbar at public squares, public servants at that level are made to answer questions from the local people, with the President in attendance. Here too, any official found wanting is summarily dismissed.

In effect, public servants and political appointees have their feet tightly tied to the fire by the people at the local level, and at the top by the President. When a public servant is thrown into jail after being trialed and convicted, nobody start a movement for him/her to be freed, but the people rather rejoice.

In Rwanda, WiFi is free and available at every bus terminal and in ordinary public transports. Chieftancy is banned and all lands are held in trust by State on behalf of the people. Even monkeys are protected and their safey ensured so how can galamsey in forests even hapoen?

Indeed, when Paul Kagame's second term of office was due to expire in 2017, it was ordinary Rwandans that started the campaign for the amendment of Article 101 of the constitution which places a limit on presidential term of office, so the man can contest again.

As a matter of fact, a lot of Rwandans threatened to emigrate if Paul Kagame didn't continue in office post-2017.

And under the leadership of Paul Kagame, the people of Rwanda can see, practically, how their country, from the ashes of genocide 27years ago, is fast-becoming a shining light on the African continent, and a ray of hope for present and future generation of the country.

Literally, Rwandans consider Paul Kagame as a messiah who liberated them from those hellish genocide days, brought them together and building a functional society that is making them proud on the global stage.

Rwanda has a national airline, you can register a company or obtain a passport by the click of a button. Plastic bags is banned and Kigali is just like Geneva by way of environmental cleanliness and aesthetic appeal.

Indeed, how long a leader stays in office, which some people tend to have issues with, for me, shouldn't be the problem. We should rather focus on what good comes out of this longevity or otherwise.

A best example of this is Ghana and Malaysia: J.J Rawlings and Dr Mahathia Mohammed came to office at the same time and governed for the same length of time. But Malaysia became prosperous while Ghana ended up with HIPC.

Today, Ghanaian public servants travel to Rwanda to learn how we can clean our cities. Those with LLB but facing problems entering the law school here in Ghana, are trooping to Rwanda to pursue their dreams in law studies.

There is monthly National Day of Cleaning, and every household is levied by the State to keep the country clean. And the result is palpable when you first land at Kigali International airport.

Ghana erupted in the usual cacophony of resistance when sanitation tax was proposed; i have always said Ghanaians don't really seem to know what we want and what is good for us. We talk just for the sake of it.

Collectively, the good people of Rwanda have chosen a 'dictatorship' path that is working perfectly them so let us also enjoy our path of 'democracy' of insulting one-another from dawn to dusk and continue living in filth and choas!!!

Our kind of democracy is nothing to write home about so we should change our attitude for the better and stop the illusionist nonsense of telling others what to do.

I know those who describe Rwanda as a dictatorship, obviously do so out of crass ignorance so i often refuse to engage them.