Nkoranza Senior Technical High Deserve To Be Commended And Encourage 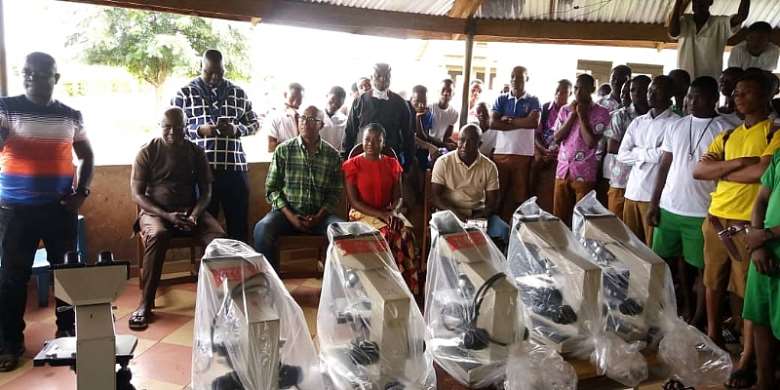 She stated that the victory has made the entire natives of Nkoranza proud and there is the need to commend and support the school. Instantly Mrs Harriet presented to the school fifty bags of cement for the construction of the school entrance and a lab top to equip the competitors for the national competition, she again through his uncle who lives in Japan Mr Michael Awuah handed over six microscopes to the science lab to make their practicals easy for them. The contestants were assured that all their bills will be covered during their stay in Accra for the national competition.

Mr Michael Awuah who is a native of Nkoranza who lives in Japan who purchase the microscope to the school again said the Development of Nkoranza is very key and devoid of politics we must come together and develop nkoranzaman.

The school authority was assured of the most of their get fund projects that has been left for years will also be tackled the poor road network in the school was also put before her of which she said it will be put before the roads minister who is from the region for it to be done.

Interacting With the student, they were happy about the donations they brought to their school and promise them they will do their best to win the quiz.