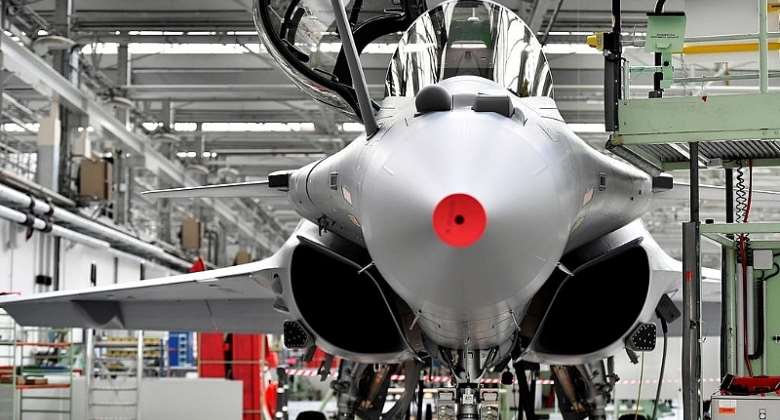 India's political opposition has sought a national inquiry into a 7.8 billion euro deal for 36 Rafale jets after a judge in France was assigned to investigate the sale. The demand revived a controversy that erupted when the contract was signed in 2016.

The National Financial Prosecutors' office (PNF) appointed a judge after a private website accused it of “burying” doubts over the deal between India's government and the French aircraft manufacturer Dassault Aviation.

Mediapart, the French website, claimed in April that bribes allegedly exchanged hands to clinch the sale of the Rafale planes to ramp up fighter jet squadrons of the Indian Air Force.

Dassault, which had been in the race for an initial Indian contract for 126 aircraft, has denied allegations of wrongdoing in the 2016 scaled-down deal but the probe ordered by the PNF revived a political slugfest in India.

“The whole nation, the whole world is now looking to New Delhi. Why the silence?" Khera asked.

The Congress party insisted the Indian government paid nearly three times more than the cost of the planes.

"Now it is getting clearer that in the Rafale deal we have bought an item that costs 64.5 million euros at 189 million euros," Khera alleged.

The Congress party, which faced bribery charges in a Swedish Bofors artillery deal in the mid-1980s, demanded an all-party parliamentary investigation into the French deal.

“The people of India deserve to know the truth,” Khera said as the Congress party leader Rahul Gandhi took potshots at the government.

India's ruling Bharatiya Janata party (BJP) retaliated. It accused the Congress party of trying to mislead the country with misinformation.

BJP spokesman, Sambit Patra, accused the Gandhi family - which leads the Congress party - of scuttling an original contract for 126 jets after Dassault was shortlisted as a potential supplier in 2012.

“Is it because the Gandhi family did not get their desired commission?” Patra asked.

“It is clear that the Congress is trying its best to yet again do what it is best at; spreading confusion and fakery so that forces inimical to India stand benefitted,” the BJP spokesman argued.

Several of the 18 multi-role Rafale aircraft have been deployed to patrol India's flashpoint borders with China.

Many in the military argued the public sparring was unnecessary as the French hardware had outshone India's ageing fleet of largely Soviet-era planes in terms of performance.

India has in recent weeks redirected at least 50,000 additional troops to its border with China.

Border tensions peaked in June 2020 when Indian and Chinese troops clashed at a remote frontier post which left several killed on both sides.

The two countries fought a brief but a bloody war in 1962 over a border dispute which remains unresolved despite rounds of talks.